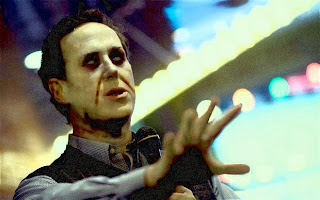 oh, republicans, i warned you this would happen. i'm not just being the "i told you so" bitch, either
[although i am being that, of course]. but i need to remind you that i did say in early 2012 that you'd be better off giving your nomination to a real fringe candidate- rick santorum seemed like the most likely and probably would have made as good a sacrificial lamb as anyone- than hedging your bets with a lightweight like mitt romney. [i'm assuming that having a rational, intellectual conservative like john huntsman was never on the table.]

now you might think that i said that because i wanted you to lose. and, in point of fact, i did want you to lose. but i also thought that things were stacked against you on that one anyway. short of a colossal cock-up by barack obama, the odds of you winning back the white house in 2012 were always long. the politically smart thing to do [although perhaps not the honest and forthright thing to do] would have been to ease off the gas on mitt and let the tea party babies have their bottle, by which i mean allowing the extreme wing of your party to put forward a nominee reflective of their views. yes, it would have been a temporary disaster for your fundraising and you would have lost the presidency by a landslide and probably put your house majority at risk. [although having a lame duck candidate would likely have allowed you to refocus on those races, so there's no telling what might have come of it.] but the larger point is that once the american electorate had kicked such a candidate's uptight ass to the curb, you would have been done. maybe not forever, but for the next few electoral cycles, you could have looked the likes of ted cruz in the eye and said "you had your shot. it didn't work. shut the fuck up and make us some sammiches."

but oh no, you had to go with the guy who looked good on paper, the guy who someone thought would just dazzle people with a smile and win their hearts and minds and votes. you got greedy and now we all have to deal with it. and i do mean all of us, because the looming threat that the u.s. government could just decide that it won't pay its bills [or, more realistically, that it won't pay the minimum interest payments on its bills] because a handful of republicans really hate the idea that public funds should be used for health care is something that could affect lots of people in lots of different countries.

because now there is just no shutting these people up. they still think that they're popular. they still think that their flag might have carried the day last year. and nothing that you say is going to stop them, because those people are fucking lunatics. there is no polite way to put that. you seem to be discovering what a lot of us have known for a while, which is that you cannot reason with that little fringe group. you cannot bargain with them. whatever you try to tell them, they are going to put their hands over their ears and keep right on talking, even if it means that they have to start reciting dr. seuss to drown out your irritating stream of rational thought. [by the way, how has no one pointed out the irony of ted cruz reading aloud a story about someone refusing to try something because he's assumed in advance that he'll hate it, while standing against the implementation of a program he hasn't tried, but is convinced that he'll hate? is that a little too brainy for cnn or something?]

tonight i watched chris matthews on msnbc uncharacteristically surrender the first part of his show to two republican moderates who stopped just short of grabbing the camera and screaming "for god's sake help us!" to anyone who might be watching. i feel like the only potential bright spot in this sad mockery of government is the possibility that after a couple of days, peter king [one of the two aforementioned moderates] might just put ted cruz in a headlock and start choking him into submission. [and honestly, do we see another way around the current impasse?]

but here's the sad thing, my republican freres: you had the opportunity to head this off. now, if you're going to give the tea partiers a shot at putting forward a candidate, you're going to have to do it when it really matters- in 2016 when you might have had a shot at recapturing the big seat. among your party zealots loyalists, cruz is enjoying "big mo" as my polling centre boss used to say, followed closely by dark horse rand paul [who had actually been at the front of the potential pack until the last week or so]. moderates like chris christie or- and i can't believe i'm about to say this- jeb bush are polling numbers just below "bart simpson" and "this school sucks". that's not indicative of where a lot of your potential voters are, of course, but that's the republican problem, isn't it? there's a block of extremists in your party who are a lot more likely to get involved in the nomination process than the laid-back folk who elected people like peter king. and the longer you hold them at bay, the louder they scream and the harder to control they become.

i realise that part of the problem is that a lot of the more "normal" members of your caucus don't dare cross these lunatics because they're so shit-scared of having that voting block come after them with an even more right-wing candidate when they're up for re-election next year. but when you're juggling chainsaws with the world economy, it is not the time to send in the clowns.

as ridiculous as the idea seems, you should have taken my advice, g.o.p. now the corpses of your primary and electoral past have risen from the grave with a mindless thirst for blood and universal health care. we're feeding you to them first.