July 18, 2013
things have been a little quiet here lately because, once again, my computer has died. yes, this is the same computer that has twice risen from the grave in its two and a half year life span. you can read my thoughts on this and apple's indifferent customer service here. [and no, i never received any type acknowledgement from apple of my complaint.]

currently, it is unable to start up because of a ram problem. i've found ways to fix this on line, but the only ones that i would feel comfortable attempting require that the computer at least be able to rouse itself to allow me to break into its brain, but it's incapable of getting even that far.

so if i haven't been saying much, it isn't because i haven't had anything to say.

of course, it seems like this doesn't bother my readers, since this has been the busiest week and today the single busiest day in the history of more like space.

so thank you for continuing to check out this space. things should be returning to normal shortly. and by normal, i mean that there will be actual content here, not just snippets of me ranting about stuff. although there will be those snippets too. it sort of comes with the territory. 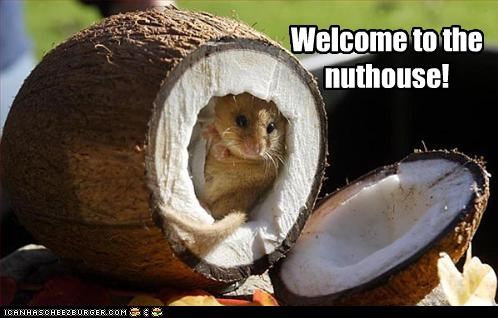 fruityb said…
Is it one of the new (er) Imacs? RAM replacement isn't as difficult or costly as it seems on those models. In fact I used to have issues when I was working in a High School with students nicking RAM from Imacs. I'd offer to fix it but my call out costs a understandably exorbitant.:/
But drop me a message/email if you want to be talked through it...
7:20 PM

morelikespace said…
It is a new[ish] imac, but as it turns out the problem may have been [wait for it]... cat hair.

there was some trapped in the interior and it might have interfered with the computer's identity to recognise its own ram.

so when the computers become self-aware and take over the world, you and i should be safe in our feline-guarded outpost.
9:17 PM