June 23, 2013
thinking a lot about colour and seasonal palettes lately has made me aware of the shades that make up everything around me. that has manifested itself occasionally in me trying to "drape" dom while he wonders which of my neurons are misfiring now and, of course, to me marvelling at the beauty that makes up our fur-children.

so just for fun, i thought i would do a quick analysis of each of them. now there is an important caveat: colour analysis is based primarily on the skin and how it reacts to other colours around it. obviously, being covered in fur, cats can't "react" to colour in the same way. so really, this is more about training the eye to recognise the makeup of colours rather than performing a true analysis. also, cats don't especially like draping sessions.

so we have five cats to look at today, representing a broad spectrum of fur, eye and paw/ nose leather shades. let's start off easy: 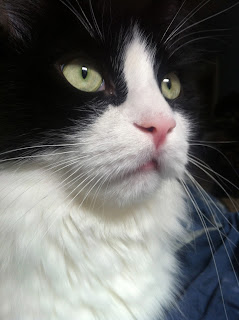 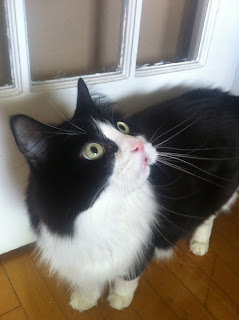 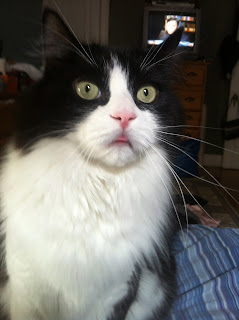 bright winter, no question. the sharp black and white contrast immediately puts him in the winter camp, but there's a faint warmth to his black patches [which i cannot get to show up in photos] and, of course, he has those bright spring yellow eyes. in fact, his eyes are light and cool enough that i would almost say he was a true winter, but i find that the predominance of white on him plus the hint of sunshine in his black patches pushes him out of purely cool territory. 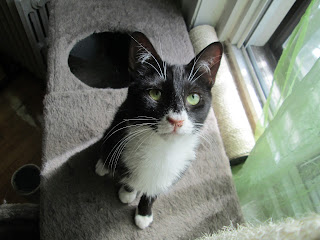 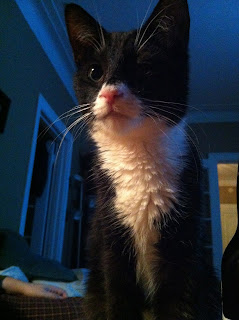 ibid. she's actually even more of a bright winter than seth. her eyes are deeper, yellower and have a strong hint of spring green in them. she has more black, but there is still an overall springy lightness to her- in every way. that said, her high contrast colouring still clearly makes her a winter blend. no one else can wear black and white so well. [unfortunately, the only good shot i could find of her eyes has a green curtain next to her, which amplifies that colour, but you'll have to trust me that her eyes are really gold with a hint of green.] 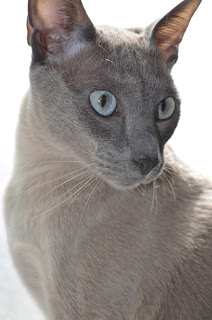 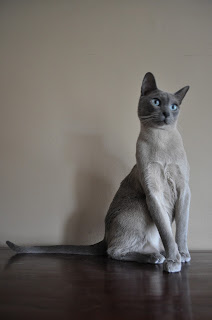 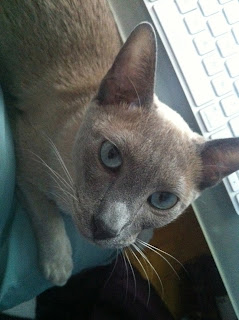 as exotic and dramatic as he looks, i would peg simon as a soft summer without a second thought. he's predominantly a hazy, misty grey, but there is a hint of autumn's rusty brown all through him. he's never a pure cool colour. his colours are never extreme, either- the distance between the blue-grey of his nose to the incredible turquoise of his eyes is a short one, with colours blending into one another. he has a symphony of colours happening in him, but no contrasts at all.

any time someone dismisses the soft summer colour palette as dull or mousy, i'm going to use simon as my counter argument. 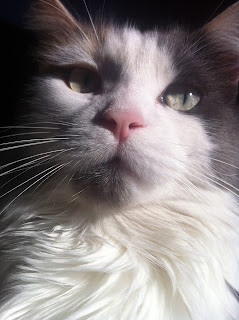 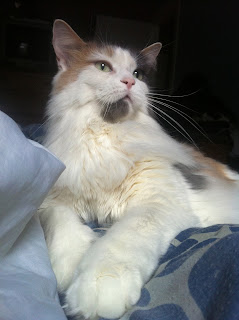 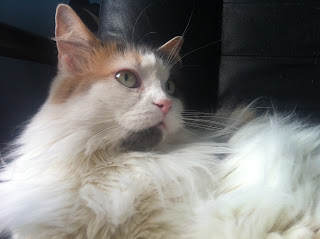 this was a little trickier. calico is a high contrast colour pattern, but julia is a dilute calico, so rather than bright orange, she has soft warm tan patches and rather than black, a pigeon grey. that said, there are still clearly elements of warm and cool and noticeable contrast within her. so to make a judgment call, i had to take a step back.

despite the blocks of colour, the overwhelming impression i get from julia is one of softness. it's not just the fur, either. she looks much softer than her brother [seth], who has the exact same kind of fur. yes, there are contrasts, but none of the shades look bright- even her white looks a little muted when you compare her to seth and lulu. her white is also a little warmer, meaning that two of her three colours lean warm. her eyes are a very delicate yellow with a lot of grey- they don't have the spring warmth of lulu's or the dazzling brightness of seth's. but they do have the subtler elegance that you see in simon's, they're just a bit warmer.

so what's like a soft summer but warmer? soft autumn. and that's what julia is. very ladylike, refined warm with just a hint of coolness throughout. 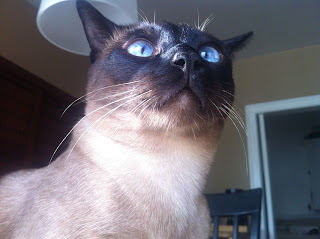 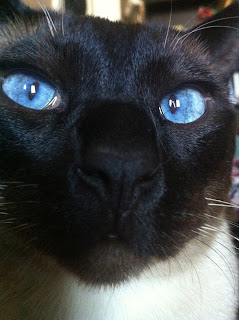 this one took me forever and it's actually a good lesson in thinking about colour. i puzzled over the apparent mismatch of the brown and buff tones of his fur with those dazzling clear blue siamese eyes- eyes without an iota of yellow of brown in them. those eyes are purely cool, which made me struggle, because i couldn't match them to any of the palettes that came to mind when i thought about his fur.

he's not high contrast or saturated enough to me a winter, not colourful enough to be a spring. autumn? that seemed possible, but there was no autumn blend i could think of that aligned with those eyes.

then this morning, he jumped up on my lap and i, of course, started petting him. that was when it came to me. i had been wrapped up thinking about his colour, but i hadn't properly looked at it. the fact is that while he may be made up of warm sounding colours- brown and deep cream- there isn't actually any warmth when you look at them. his sable points is as cool as brown can get without actually turning grey and his cream patches are more ivory- white mixed with that same cool brown- than buttery. once i realised that he's actually completely cool-toned, the eyes make perfect sense. hecubus is a true summer; purely cool, but with far less contrast than a winter.

i hope you've enjoyed our little peek at feline colour analysis. i can say that thinking about it has made me more aware of colours and the necessity to get beyond an initial impression of them. i'm not certain i've changed the cats' lives, but their lives don't really need changing. they have it pretty good.

Grace London said…
Very interesting! I agreed with all of your conclusions too - Simon fairly screamed Soft Summer to me - I love that colouring :)

morelikespace said…
So glad you enjoyed it, Grace. Yes, Simon couldn't really be any other season, although there is certainly nothing soft about his personality [or his voice].
1:46 PM

Bellyhead said…
:) This is a great excuse to show off your lovely kitties + talk about a really interesting topic.

morelikespace said…
You got me. This was completely an excuse to show off my fur-babies. Of course, since I've started reading up on colour analysis, I can't help but analyse everyone that comes into view...
3:46 PM