our adventures through the hearing glass

June 27, 2013
so dom and i went on air to talk about conversion and the upcoming screening we're having at the musee des beaux arts here in montreal.

the gentle folk of symbiose on cibl 101.5fm here in montreal brought us on at their peril to discuss the film, the screening and our upcoming projects.

i have had a long relationship with campus/ community radio and i've always respected what cibl has been able to accomplish. when i used to live the somewhat sketchy east end of the city, their studio was located down the street and around the corner from me. now, however, they've moved into swanky new digs right at the corner of st. laurent and ste. catherine, where their signal is broadcast not only over the airwaves, but also outside, to curious passers-by.

all this to say that it was an honour to be invited. here's a little photo essay i did while the whole thing unfolded, which was probably annoying as hell to the people trying to interview us.

anyway, like i said, the new studio is pretty plush. here's the entrance...

even when you look back out at the reception from the broadcast room, which, incidentally, has windows everywhere, encouraging people to stop and wave and hammer on the glass, or pee on it. because no one knows what's going to happen in montreal on a tuesday night. 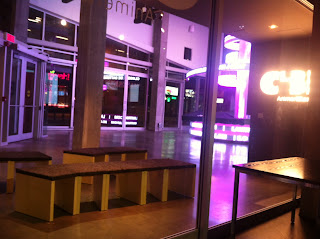 if you look out the windows not facing the lobby, you have an awesome view of the tranny bar across the street. bienvenue. 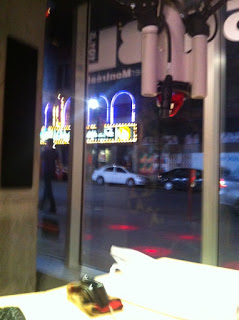 this is one of our hosts, working hard and getting kind of annoyed that his guests keep taking shots on their phones rather than, you know, being professional. 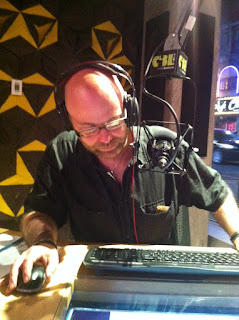 this is the screen he's looking at, which controls everything and tells you what to do. i believe it will become self-aware next year. 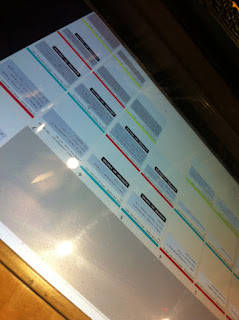 our other host was locked in a lightless closet somewhere behind us. we didn't think it was polite to ask what he'd done to deserve this. 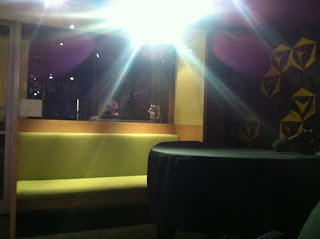 clearly, the studio was designed by bees. 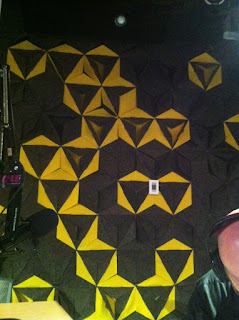 behold, the men in black. 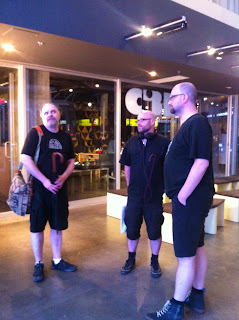 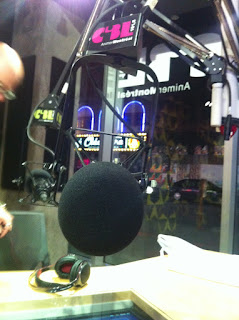 so if you'd like to hear what we had to say and didn't hear the original broadcast, here's the link where you can listen to the whole thing. our interview starts around the halfway point. note :: the show is in french, so it will really help if you understand a little. if not, you can just giggle at my accent.

for those of you in the montreal area, you can check out the screening of "conversion", our completely indie feature film that chronicles the [mis]adventures of two thirty-somethings trying to make it home in the middle of the night! here are the details:

saturday, june 29, 2013 at 8 p.m.
maxwell-cummings auditorium
1379 sherbrooke st. west, montreal [in the north building of the musee des beaux-arts]
take the 24 bus, which stops directly in front or metro peel and walk north to sherbrooke street at the corner of crescent

it's ONE NIGHT ONLY and FREE, so grab the chance while you have it!