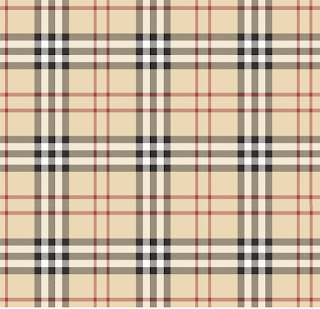 during my brief sojourn in the west last month, i did have the time to stop by the holt renfrew there and
see one of the only two burberry makeup counters in canada. i'm not in the least bit happy that this collection has been limited to the toronto and vancouver flagship stores, especially since we have a beautiful flagship store here in montreal. and now that i've actually gotten to try burberry products, i'm even less happy about the limited availability.

burberry are still newcomers to the cosmetic world, having launched their collection just a few short years ago. they've already become darlings of the makeup mafia, with virtually all of their products garnering rave reviews from ladies who know their stuff. as you might expect from a design house, the products are pricy and even by the standards of prestige brands, their prices are high, but it's worth noting that you tend to get a fair amount of product. which is especially nice when you're limited as to how often you can get to a counter to try things out on your skin.

the colour selection across the line is restrained, quietly conservative, understated and classy. in fact, burberry have done a bang-up job of creating a collection that reflects the same design principles they espouse in their fashions. you won't find any neon brights or glitters, but what you will find, in spades, are sumptuous shades you can wear every day, but that don't look "everyday".

usually when i'm trying a new brand, i like to grab a couple of different products and with burberry i certainly could have, but i was so tempted by their single eye shadows that i ended up grabbing two of those. [i would have bought more, except that there was also a chantecaille counter, which i'll get to in a later post.]

first up, we have what is apparently the best-selling shade in the burberry colour line, "pale barley". it was not part of the original line up, but came out with last year's spring collection and has been a cult favourite ever since. there was a bit of a panic when it disappeared from the burberry site and from counters a little while back, but evidently this is a temporary situation. "pale barley" is here to stay.

and how fortunate! like most great cult products, what distinguishes "pale barley" are its subtleties. it's a neutral brown base [it's not grey enough for me to call it taupe] that's soft, but has some dimension to it, with a gold sheen that warms the shade up and makes it a bit brighter on the eye. it's not an intense colour, but there's enough going on that it can work fine on its own. mixed with other shades, it's fairly quiet, just adding a slightly toasty element to the colour party.

it is warm-toned, but the base keeps it neutral enough that all but the coolest complexions should be able to make it work for them without too much effort. it reminds me a little of rouge bunny rouge "bohemian waxwing", not so much because the colours are terribly similar, but because both are like a one-man band: capable of doing everything themselves. and both are excellent alternatives for those who want to apply a single shade and go [whoever you are]. it is somewhat similar to mac "patina" in that both have a neutral base with gold sheen [which i didn't do a great job of capturing in photos], but "patina" is cooler and lighter.


here's a quick look at the product in action. even on my puffy, tired lids [i was still sick in these pictures], i find it just glows...

second up, we have "antique rose", certainly one of the most perfectly named shadows in my collection. the colour really does remind me of slightly faded flowers on an antique rug or wallpaper. it's a dusty mauve-pink with a satin finish- just short of completely matte. although it leans cool, being a purple-based shade, it has quite a bit of red in it, which means that it's not so cool that warmer complexions couldn't pull it off.

"antique rose" adds a rich dimension to other shades, be they warmer or cooler. i've particularly grown to love it in combination with laura mercier's cult favourite "african violet" [a softer, lighter purple with lots of gold shimmer], but it's also nice used in the crease with "pale barley" on the lids- shades of purple and gold are wonderful together, since they echo the complementary pair of purple and yellow on the colour wheel. this is actually pretty close to a workhorse neutral when it comes to pairing it with other shades.


of course, my problem now is that i need to get MOAR BURBERRY, since i know that they do live up to their hype, at least in eye shadows. you can apparently order from their web site in canada, although nothing beats being able to swatch something on your skin in person. although the brand is available through major u.s. retailers, they won't ship burberry beauty products to canada. i can hope, in the meantime that holt renfrew decides to expand the stores allowed to carry the line, or that they make a deal with another retailer because it's going to get expensive flying to toronto and vancouver for my cosmetic fix.

LilJeJa said…
I do not own not even one Burberry piece ... Yet! I am scared I will like it and then wishlist become never ending. I like that they created conservative and simple natural colors. I am mostly drawn to their blushes.
10:37 PM

morelikespace said…
Part of me (the part that watches my bank account) wishes I hadn't discovered them. They truly live up to their hype and the textures of everything I tried are divine.
2:46 PM