June 06, 2013
sometimes, the sound gods are angry. things got off to a late start last night, because the sound equipment was trapped underneath a theatre group doing improv in the back room until nine. then it got delayed more because something had eaten the main cord up front. then we set up in the back and everything was fine, although you could only hear what we were doing in the back room, whereas we usually find our way into both. 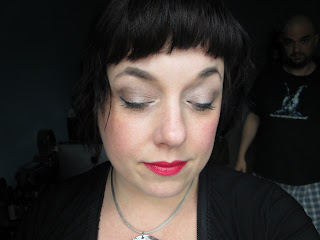