the spell is lifted 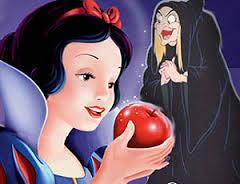 to appreciate what that means, i should make it clear that i've never bought a computer that wasn't apple. i've pushed every office i've ever worked in to make use of these magical little machines. i'm on my second iphone. i was about to press the button on getting an ipad, because i'm discovering that i do want something that's more than a phone and less than a whole computer. dom's computers have always been apple, dating back to 1986- we still have his original ii-se.

and that's not all. i have been subject to actual full on abuse for being an apple user. not physical [yet], but verbal. i've been called some pretty harsh things by a couple of people who count themselves among my friends because i stuck up for the brand and held up my personal stories of computers that didn't implode or eat their internal organs, of customer service that reassured me and justified the premium price that their computers commanded.

long after i was more than capable of fixing 80% or more of the problems that i was likely to run into with any computer, i kept buying apple, because i liked the fact that the machines were stable, hardy and simple. i don't want to have to do a lot of work on the innards of my computer, because i don't want to be a computer tech for a living. contrary to what people [you know who you are] might think, liking something that's simple doesn't mean you can't resolve problems. it means that you want to use your time for other things.

but after finding out that my current home computer, purchased in august 2010 [after its five-year old predecessor died when the mother board and power supply expired for the second time], needs to have its hard drive replaced for the second time in a year, finding out that this time it's going to cost me hundreds of dollars and, after spending forty minutes talking to three different people at apple customer care only to hear that they really won't do anything to back up the product [it's no longer under warranty and i didn't buy the extended coverage], i'm done. 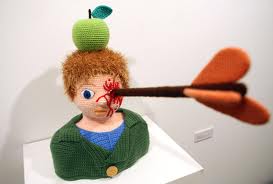 actually, what made the decision final in my mind was, after i said how i'd lost confidence in a brand to which i'd been unflinchingly loyal and was looking at other options for all my electronic needs, i was simply told that i was free to buy other products if i so chose. that was it. that was as much as apple was willing to do to keep the business of a longtime customer.

since their computers have become as problematic as those other machines, the one thing that really worked in apple's favour was their customer service.  even if i had problems, dealing with anyone on their customer service team made me feel great, because they really seemed intent on having me leave happy. today, they lost that remaining advantage. today, they offered me nothing. they sent me the message that, in their corporate eyes, i was nothing.

that might sound dramatic, but it isn't, really. i'm not naive and i know that to large corporations, a single customer is nothing. no one customer has the power to bring down a corporation like apple. but the smartest ones, and apple was always among them, know that a loyal customer is like an unpaid marketing rep. people who are loyal to a brand are ambassadors for that brand, recommending it at every opportunity. forgiving the cost of a hard drive [especially given that apple itself will keep my old drive in order to get money back from their supplier] seems like a rather paltry price to pay. it would, in fact, be the only thing perk i've gotten from being an apple customer for twenty-odd years.

i'm not telling anyone not to buy apple products. while i'd say that the quality of their computers has declined substantially as they've reoriented their focus to music players, phones and tablets, they work well enough and their other devices have always served me well. and i'm not saying apple's customer service is poor- far from it. they were professional and clear in their dealings with me.

and i get that companies can't just give handouts to every longtime customer who has a problem. i honestly didn't expect anything when i was given the number for their customer care centre to voice my complaint. [although, i admit, i did kind of have my hopes up after they bumped me up to a "senior" person and put me on hold twice while they tried to brainstorm what to do about my problem.]

but if my loyalty, especially to a premium brand like apple, doesn't mean anything, then it's not worth the price of being loyal. i can get treated like nothing by any other electronics company- it'll be like my dealings with pretty much every other company in my life. [certain cosmetics companies aside- as  a group they seem more interested in fostering loyalty.] and it'll cost me less. 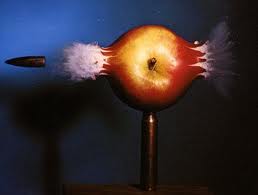 yes, this does sort of leave a bad taste in my mouth. while i might not put a lot of stock in brands and what corporate branding means, my experience in the past had shown me [long before apple was a "cool" brand] that quality and the user experience were important to them. and once they did become the apple we know today, i won't deny there was a certain feeling of justification, a sense that i'd been onto something.

i don't know if it was never the case, or if apple lost their way and i'm not really interested in putting more thought into this than i already have.

i'll replace my hard drive and continue to use my computer until i decide on a suitable replacement or until it self-destructs again. my cell phone contract isn't up until the summer, at which point i know there will be a lot of attractive options open to me. no one is forcing me to buy a tablet this minute, so i have all the time i want to look around and make a decision.

the real story here is that for the first time ever, since the dark days of the 80s, i open open to electronic offers. batter up.

Martin Rouge said…
I will not do a happy dance (well, maybe a little, in my head,) but maybe I can answer the Apple change of approach. Simply put, they rely on the fact that their products are addictive, and that the addiction will trump the fact that they are cutting the crack with Ajax. It's also a closed system, tightly controlled to make sure that the user remains in-house, from birth to death.
I understand your approach to tech; you just want a machine that will do what you need it to do with the least amount of muss and fuss. Apple was good at delivering that. They also charged an arm and a leg for it, which may well explain why no one else went for that approach.

All I can ad to that is that you will most likely have plenty of help to pick a replacement machine. I went for a barebones kit myself, but then again, I like to build stuff.
10:02 PM