if this doesn't warm your heart, you're dead 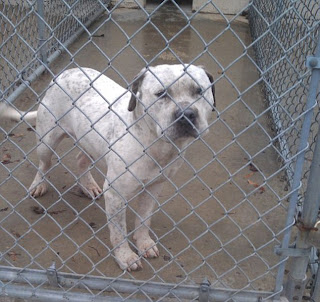 i'll have to get around to my "friday favourites" tomorrow, but in the meantime, there is one story that is absolutely my favourite thing of this week that really deserves to be shared.

one of the most awesome things about dom, one of many awesome things, is that he actually has a really remarkably cool family. other people may have in-law problems. i just struggle to be a good enough person that they still speak to me.

how awesome are they? glad you asked.

his cousin in tennessee just adopted her fifth dog, a last minute rescue from the local shelter, as he was being led to doggie death row. although she clearly has a lot to take care of already in the canine department, she couldn't let this guy go to the gas chamber. why? because his miscreant previous owner had dumped him at the shelter for being gay.

i can't make this shit up, people. guy kicked his canine companion to the curb because he though he was gay.

as offensive as that is, it's wonderful to think that a young lady who's already been an outstanding dog owner would stand up and say "no".

and it gets better...

because she's named him "elton".

there are many things that have brought a smile to my lips this week, but absolutely nothing that has renewed my faith in carbon-based hominid lifeforms as much as this story. read about it here if you don't believe me.