February 22, 2013
i had a strange moment earlier this week on the bus. that's kind of remarkable in itself, because this week was apparently some sort of experiment at the stm where you got to win a prize if you could guess within fifteen minutes the arrival time of the next bus, you got a prize. mostly likely that prize was that you got to ride the bus to work and have people there wonder what the hell was wrong with you that you couldn't manage to show up less than half an hour late.

but my moment was that i glanced down, since the only muscles on my body i could move on a bus that packed with late commuters were the ones in my eyelids and i saw a young lady reading a book, which is what i normally like to do, when i have enough space to remove one from my messenger bag. but when i looked at the text of her book [don't judge me, i couldn't move], i knew it was familiar. in fact, i quickly realised that she was reading umberto eco's "foucault's pendulum", one of my favourite books of all time. it was a sort of magical moment, where i realised someone else was likely experiencing that book as i had, discovering its mystery, its sly humour, its beautiful humanity and i found myself hoping that she was getting some of the same joy from it that i did. unfortunately, i'll never know, because it was too crowded for me to move the muscles in my lips.

here are some other things that struck me as interesting in the last week...

hey, remember the "boy fights" videos from "arrested development"? apparently, someone thought that would be hilarious to try in real life.

welcome to the nineteenth century, mississippi. could you maybe get around to the whole giving women the right to vote now?

remember the mythbusters episode about what things could stop a bullet? they missed one.

i live in a province that frowns on english words like "pasta". [we made cnn with this one, people. we're officially an international embarrassment.]

really, the only music i've been in the mood to hear lately has been the symphony created by blood spilling from someone's severed carotid artery, but that doesn't work for everyone. i also like this.

[i have to admit that i almost gave this one to dom's completely politically incorrect expression of incredulity about the fall of pistorius from olympic hero to accused murderer: "he's like the guy who had everything. except legs."]

follow-up and shameless self promotion 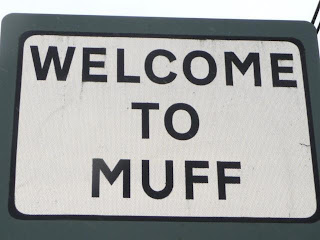 and given the views it's received this week, it seems that we all love muff. good to know.

our new addition has done a phenomenal job of making herself at home and illustrating that confidence is as powerful as many armies [note: please don't practice this against actual armies]. she strutted out of the carrier as if she owned the place and has basically spent the last week waiting for the rest of us, human and feline, to realise that, apparently, she does own the place.

so far, she seems to like... everything other than taking a bath. in particular, she likes eggs. scrambled eggs. eggs in pancake batter... eggs are a big think with this little lady... 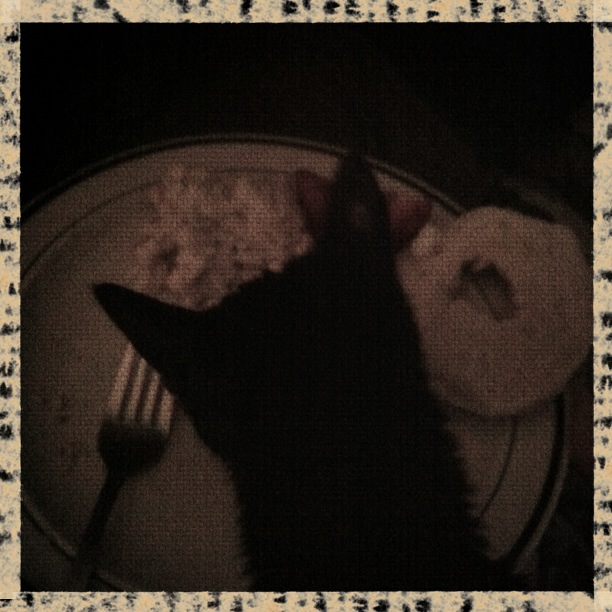 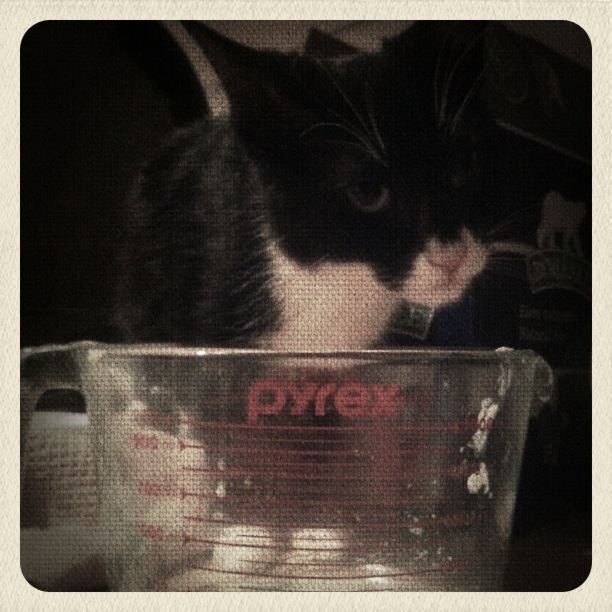 that's all for this week's favourites, folks! thanks for reading and stay tuned... there is always more to come.