January 12, 2013
well i missed the very first friday favourites of the year because of the stomach flu last week, something which is still holding on despite my valiant attempts to flush it. in fact, it has had a most remarkable effect on my life: i have not had coffee in more than a week.

it is true. this person has not had coffee since last friday morning.

although my stomach has recovered to the point where i can eat most things, for some reason, i'm very hesitant to confront it with coffee. despite my love of coffee, i'm aware that it's something that can be very hard on the digestive system. so i've spent the last week in a dangerous no man's land, with my body desperately craving caffeine and at the same time feeling like a cup of coffee [or tea] would undo my fragile recovery.

i guess what i'm saying is that my intestinal tract has turned into the american economy.

with an extremely busy week at work, trying to recover and hoping here and there to get a few things done for myself, it's been a bit taxing. which is why i'm always happy to take a few minutes [a day late] to think about...

my american friends, this is probably the best thing that's been done with an almost infinitesimally small   portion of your tax dollars this week. and, yes, obama tweeted it and signed the tweet [which is how he identifies things he sends himself.]

newfoundland: our rums kick ass in more ways than one.

and apparently, the universe has been drinking those rums since the dawn of time.

genetically modified cucumbers. my alma mater. genital baldness and bed wetting. our federal health minister definitively stating that "being bald down there should be a matter of choice". who said canada was boring?

california man says he'll go to the federal supreme court to address the burning issue of our time: does corporate personhood extend to the carpool lane?

tea plantations in india have labour relations just like anywhere else. but with cannibalism.

did the world collectively go off its meds??? this is a small selection of the stories that could have been featured here. there were so many more. we're less than two weeks into 2013 and it already feels like everyone has declared this international year of the meth and ketamine bender! by july, it's entirely likely that civilisation will have been destroyed. -ed.

from independent u.s. senator bernie sanders on why focusing discussions of spending cuts and revenue gains on people rather than corporations is not going to resolve the current fiscal malaise in his country ::

"if bill gates has lunch with his janitor, you do not split the cheque down the middle. this is not a balanced plan."

here's a collaboration that's just full of win: my better half dominic marceau has done a video for gta electronic wizards orphx.

Orphx - Cut Through from F Squared Media on Vimeo.

in other news, vimeo is so much better than youtube for content creators it's not even funny.

for those of you who missed it, cnn- having detected ratings gold in the "piers morgan talks gun control with crazy people" line of programming i wrote about earlier this week has apparently decided to turn it into a series.

they followed up with a second instalment of "piers versus larry pratt". i came away from that one thinking that alex jones looked a little better than he had 24 hours earlier. sadly, i'm not joking. pratt [aptly named -ed.] was so smug, so condescending, so coolly dishonest that i felt the need to clear my throat every time he crossed my screen. but it wasn't just his demeanour, or the fact that he's been given a national platform where no one ever asks him about the fact that he at least used to pal around with a lot of neo-nazis. what struck me about pratt compared to jones is that i didn't for a second buy any of the made-up numbers he was dropping like so many bullet-shaped verbal turds. jones is a nut, but i think he truly believes in the coming new world order and the conspiracies he talks about. i think pratt, like nra tool wayne lapierre, is happy to lap up the funds from the gun lobby and pretend he speaks for a silent majority. so, congratulations, media. you found a specimen that dropped my opinion of humanity even lower.

here's a hint to the fringe gun lobby: be less afraid of the government coming for your guns and more afraid of the ndaa. there are no big corporations pouring money into protecting you from the ndaa.

sadly, owing to an aforementioned scheduling/ holiday conflict, there will be no caustic lounge this month. however, we will return to tickle your eardrums with our quirky pop stylings on february 6th. from there, everything will go back to normal, or at least as normal as they get for the lounge.

weekends were made for lazing around. although, to be honest, i think this picture was taken on a tuesday. 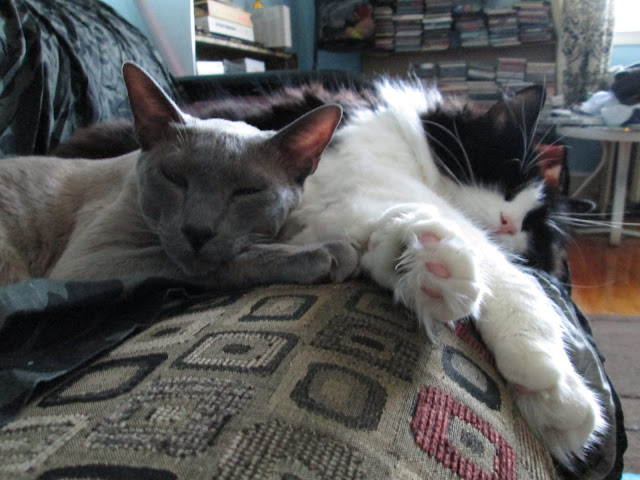 i apologise for the fact that i don't have a source on this week's image of the week. it was something i grabbed a while ago and i didn't bother to note where it came from. if anyone can tell me, i'll gladly edit the post!