and that's when the pcp kicked in 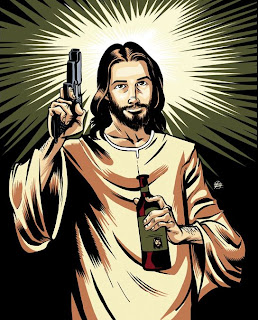 as i mentioned a couple of posts back, i managed to contract a nasty stomach bug that has been keeping me bedridden every hour i'm not at work. last night, having made it through what felt like an entire week in one day, i crawled home and under the covers and realised i wasn't smart enough to do anything except give myself a manicure and watch television. although we have a plethora of channels available to us in the living room, the selection in the bedroom is much more basic and, since i wasn't quite brain dead enough to succumb to the rumoured charms of "hillbilly hand-fishing", i decided that i'd take my chances with cnn.

after sitting through the wall street- gop jamboree that is "out front" and ogling anderson cooper and dr. sanjay gupta rebounding with the sincerity and humour of ac360, i was ready to give it a rest and resume my weekend activity of staring at the ceiling and trying to come up with interesting things to think about when i heard piers morgan announce he'd be interviewing the person who's started a petition to have him deported over his views on gun control. i don't agree with piers about a lot of things, but gun control is one of them and i do kind of love how he goads second amendment groupies with a combination of facts and an old world sense of superiority.

if you're not familiar with this whole saga, i'll bring you in at exactly the same level that i was at nine o'clock last night:

piers morgan, the briton whom cnn brought on to replace larry king on his retirement, advocates some forms of gun control, including the banning of semi-automatic and fully automatic weapons.

he has taken the opportunity at every mass shooting in the united states to address this issue on his twitter feed, if not on his television show as well.

since the massacre in newtown, he has been particularly vociferous, which has angered proponents of minimal to no regulation.

one of these proponents started a petition to have him deported from the country and received over a hundred thousand signatures [morgan encouraged his followers to sign], which obliges the president to respond.

that's all i knew. i didn't even know the name of the guy who started this petition or anything about him. i mean, if he's trying to have a television personality deported for an opinion, you can guess that he's not the most stable or clear-thinking individual and, being someone to whom the second amendment [about the guns] is more important to than the first [about the speech], he was probably going to be good for a laugh.

so i decided i'd give it a try.

after morgan went on and clearly stated what his position on gun ownership was, he interviewed family members of victims of the mass shooting in aurora, colorado last july. then he came and sat down for a one-on-one with his nemesis, internet media personality alex jones.

if you don't know about jones or his views, i urge you to wait before googling him. instead, just watch the opening few minutes of the interview:

while the "banks that control the world" comment kinda flew past me, things were sort of what i was expecting and then, very suddenly, they weren't. the revolution? suicide pills? england awash in people beating old women's brains out? last night was the first time in three days i tried to eat solid food and as i attempted to digest this is what i was seeing.

after the break, i made dom come in and watch the second segment with me, because i was reasonably certain i'd started to hallucinate.

personally, my favourite moment is when jones challenges piers to a boxing match, where he [jones] will wear the red, white and blue and morgan can wear the "jolly roger". it is hilarious not just because it implies that jones didn't know what the flag of the u.k. was [hey, what are their colours again?], but that he resorts to naming a flag associated with pirates, romantically characterised as anarchistic seafarers who stood in resistance to the tyranny of national governments. swing and a miss.

so much of television news- and cnn in particular- seems so scripted, so stiff that any ripple in the surface can look like a massive departure from the plan, but this is a full-fledged breaker, the kind of thing they never let on television, because it's just so fringy and bizarre. i don't mean "dying to get noticed on reality t.v. or a morning talk show" bizarre. i mean just straight, free-flowing verbal diarrhea from someone who's desperately trying to squeeze all his opinions into the few minutes he's standing on the national stage.

of course things settled in again fairly quickly, with alan dershowitz coming on to calmly articulate what we were all thinking: alex jones sounds like the exact sort of person we don't want owning a lot of guns. i think it took me the entire dershowitz segment to realise that jones wasn't being let back on. i kept expecting him to run back on screaming and raving about masons controlling congress.

i have to give special props to sheriff joe arpaio as well, who still managed to look ignorant and stupid. you'd think it would have been impossible to look bad with jones as a warm-up act. you'd be wrong.

judging from the conversations on twitter and through the media, i'm guessing that i did not, in fact hallucinate this, although maybe what i'm on is just really good and i'm still high as a kite in a world where some dude just managed to crystallise the concerns of everyone, everywhere about americans who say they are passionate about the second amendment.

L.P. said…
Thank you for watching that and explaining it so that I didn't have to. Wow.
4:59 PM

morelikespace said…
Remember, this is only the first part of the interview. If you watch the second part, he randomly starts talking in a (bad) fake British accent in "response" to the host's questions. It's like this perfect storm of out-of-control anger issues and elementary-school immaturity. With 50 guns.
6:28 PM