making faces :: how i learned to stop worrying and love the brown 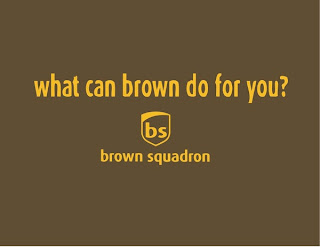 i survived the nineties. i mean, i survived the full impact of the nineties. i went through most of the seventies and all of the eighties, but i was sort of shielded from a lot of what was going on then because i was young. the nineties were all about being a young adult, that bizarre period where you generally have no money, but are still part of the group that is setting all the fashion and cultural trends. in my case, that meant nose piercings [for some reason, when looking for something other than their ear to pierce, everyone went for the nostrils as a first option], plaid shirts year-round and brown lipstick.

at the time, i didn't much like any of those things and today, there are still two of them i don't. if you want to look like a lumberjack, that's your business, but if you insist on funking up my atmosphere by wearing flannel in july, i reserve the right to think you're a tool. and no matter how common it becomes and no matter how much i find piercings can enhance one's look, having something through your nose will always look like an errant booger to me.

but i have finally come around to the idea that brown is beautiful. at least it can be. done wrong, brown lipstick looks like, well... "brown lipstick".

done properly, it can actually look quite elegant, or natural, or edgy, or dramatic. or like anything, really, because there are a lot of different shades of brown out there. the trick is finding ones that work for you. what can make it challenging is that brown isn't a really natural shade for lips. even women of colour don't tend to have brown lips- there is usually a healthy dose of pink, red or plum, even if your skin is brown. so the wrong brown, like the wrong neutral, can make your whole face look kind of monotone and drained. not generally the reason you use cosmetics.

what has impressed me is the range of browns that have come out recently, like the cosmetic world is desperately trying to apologise for making us look like we smeared poop on our faces twenty years ago by proving that there are lots of really cool things you can do with a brown base. it took me a while to warm up to this, or, rather, it took them a while to cool down to me, since a lot of older browns were too warm-toned for me to pull off. much like reds and neutrals, it helps to keep in mind whether your undertones are more golden or pink.

unlike in the 90s, when you had your choice between deep mocha brown and "natural" pinky-browns that looked like no one's natural lips ever, you now have shades to suit virtually every skin tone. here are a few of my favourites...

AFTER THE BREAK, THAT IS...

this shade just seems to exude class. it's not as obvious as a red or as hard-hitting as a vampy lip colour. it just seems to say "i'm better than you". ok, maybe it doesn't exactly say that, but it is the sort of thing i feel very comfortable wearing when meeting with higher-ups at work, or when i have to defend myself in court. although it is brown, it has a lot of pink in it, but rather than become one of those muddy faux-natural 90s colours, the two stay separate, the pink appearing as a sheen over a brown base with a lot of rosiness in it to begin with. first two shots are natural light, second two are with flash.

originally released as a limited edition shade in early 2011, yash has now become part of the regular mac assortment, which is a fine thing. it's a bit of an oddball, in that it's extremely neutral, but that also means that it can work on faces that are warm or cool-toned. it's almost light enough to qualify as a neutral on me- and i'm sure on women a few tones darker than i am, that's exactly what it would be- but it is definitely a slightly taupe-y brown. i love that yash dispenses with the idea that browns must incorporate pink or orange elements to work on the lips, which makes it a very edgy, contemporary kind of colour. all three shots taken with flash.

who says browns can't be dramatic? black maple works amazingly well as either a stain or a full-on vampy shade because it builds up so nicely. it has a lot of purple to it, which is more evident when you're wearing a light application. as the colour intensifies, it becomes more of a true, really dark brown. it reminds me of plush shades of velvet and silk in a victorian library for some reason and, of course, i love how striking it is against my light skin. [you can see a deeper application of it here.] first two shots are taken with flash, second two with natural light.

i'm not sure who the very clever person was who figured out that the easiest way to make brown lipstick wearable every day was to make it a little sheer, but they were undoubtedly wearing their clever pants that day. nars has a particular genius for doing this kind of colour in their semi-sheer range [which is usually more semi-opaque], taking a brown colour that allows some of your natural lip tone to peek through and meld with the lipstick to make a combination unique to you. bilbao, released with their spring collection [although not covered in my initial review], is a perfect example of this. it's a caramel-brown type shade that should be too warm/ golden to work well on me, but because it's not quite opaque, the way it looks is tempered by the mauve colour of my lips underneath, resulting in a very fresh, almost innocent kind of effect. i can use that. first shot is taken with natural light, second and third with flash.

if you'd like to see more browns i've loved [including yash and baroque, actually], you can check out "30 days of lips", which chronicles a month of different lip looks in early 2011.

although i've shown multiple shots to give you an idea of colours i've used that i think work with these browns, i'm not writing out the whole list here. however, if you have any questions about what i'm wearing in any shots, please feel free to ask. i can't guarantee i'll know, but i'm not bad at recognising products from photos and some of these are pretty recent.

how do you find your perfect brown? mac and bobbi brown probably have the best overall selection of brown shades, followed by nars. nars has the advantage of more semi-sheer shades, which can be easier to start off with. when trying out shades, swatching on the inside tip of your finger will give you a good idea of how a shade will look on your lips and you can hold it next to your hand to get an idea how it will look against your skin. and remember: the difference between pretty lips and poopy lips is often in how comfortable you feel with something. if you have to think about it too hard, the answer is probably no. 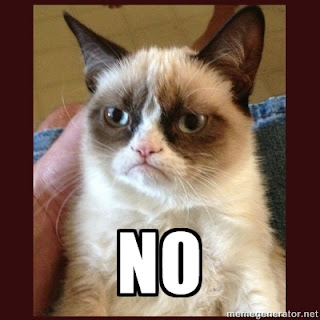 Laura D.P. said…
It's funny but when I was a teenager I used to like brown lipsticks!! Now I prefer bright ones and nudes.. anyway I have Mac Made to last (which is really brown and not that bad on me) and the new Glamourdaze which runs a little brown on me!
5:34 PM

morelikespace said…
In the 90s, I basically had two lipstick shades: a medium-deep plum-red and a purply brown that was dark but not overwhelming. Then I added a black-red shade for when i felt dramatic.

It took me a very long time to try anything else and now it's like I want to try everything else. (Although I'll admit that my favourites are still the types of shades I started with.)
6:25 PM