December 21, 2012
the first thought that occurred to me this morning was that the world hadn't ended, which meant that i had to get up and go to work like usual.

the second thought that occurred to me was that maybe the world had ended and that what we're going through now is the afterlife. so, basically, the afterlife is exactly our previous, except that we're all dead and don't know it. think about that.

ok, you can stop thinking about it now, because it's time to move on to other things. it's been a while since i posted friday favourites, but even though i'd missed a week, i just couldn't bring myself to think about funny, flip things last friday. in fact, the saddest part about the whole thing was that in the links to suggested other posts, there was a link to the friday favourites i did the day after the massacre in aurora colorado. thanks for the added creepiness, blogger.

this week, though, i do think it's important to focus on things that have brought some happiness. we're lucky we can, because it means that we're alive and that we haven't given up on the world yet.

in most places, doing really amazing special effects gets you a job in hollywood. in canada, it could get you a jail sentence.

turns out that guy who felt you up playing doctor was on the right track...

96 bags of faeces, urine and vomit on the moon, 96 bags of urine and faeces and vomit, if one of those bags should happen to fall... we'd rather not think about it.

you know what improves any classical architecture? dozens of sculptures of giant blue snails.

special for xmas only :: nra whacko week in review!

i've spoken about my feelings on americans and gun ownership and i think i've been clear that i don't get its importance. but you have to sit up and pay attention when there are dozens of plaintive tweets circulating that all say something like "please, i'm a gun owner and these #nra nutjobs don't speak for me". there were a lot of those this morning. let's look at why that might have been...

apparently, obama's not doing anything about gun control in his first term is actually an elaborate conspiracy to lull gun owners into a sense of false security so that he can win a second term and take every gun in america away... OMG! IT'S REALLY HAPPENING!!!

a lot of people- including responsible gun owners- took to twitter today to declare that the nra had "shot itself in the foot". luckily wayne lapierre is here to remind us all that that is their constitutional right.

it's christmas, yo. shit is shut down. however,

if you're in montreal... you could always check out the cagibi xmas horror night double feature, as hearing wham's christmas song on endless loop everywhere you went wasn't horrifying enough.

once you're holiday'd out, you might want to check out the one year anniversary party of montreal's "rude mekanicals".

if you're in north america... and you're a beauty fan, mac cosmetics is following its established tradition and launching two parallel collections on boxing day. yeah, no one wants to go shopping on boxing day, except the millions of people who do anyway, but these collections have been small but mighty in the few years they've been doing them.

other than that, my lovelies, you're on your own. [don't forget, if you have an event you'd like listed- in montreal or anywhere else, don't be shy to let me know.]

sometimes, you just need to find your own little spot, away from the world... 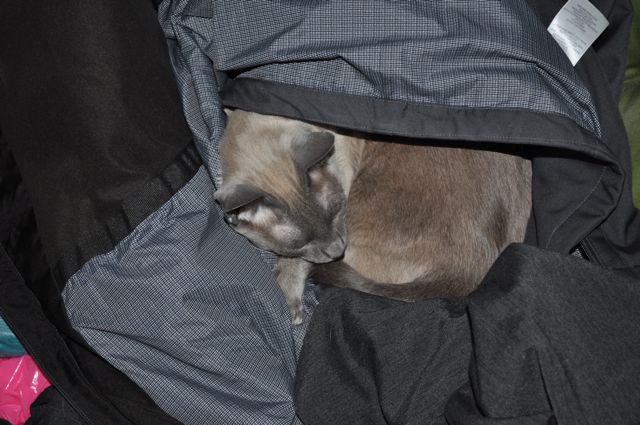 today's image of the week shows the phenomenon known as "frost flowers" and is taken from this article from npr, which has a convenient explanation of how they work. as i tweeted earlier this week, i need to figure out how to assemble a bouquet of them for my wedding.