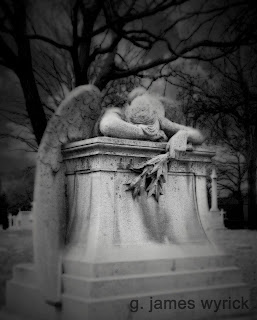 favourites? are you kidding me? what a horrible day to be a human being!!! and the worst part is that the massacre of elementary school children seems like simply the next step down the ladder to hell. it's shocking, stunning and at the same time, it's sadly not something we can say we never imagined could happen. anyone who has observed the united states has at some point thought that what happened today was exactly where things were headed. and, if the current powers continue in their frustrating impotence when it comes to dealing with the dual issues of [lack of] gun control and mental illness, i fully expect that the next time our minds get raped with images like what we've seen today, it's going to be when someone goes on a killing spree at a children's hospital.

perhaps i'm a little bit overwhelmed by the void at the moment. i'll admit, my head was in a strange place anyway. i've been plagued by some of the most bizarre and unpleasant dreams i've had in years and my latest reading undertaking has been roberto bolano's 2666, a massive series of interconnected tales centred on the city of santa teresa [his fictionalised version of ciudad juarez], scene of an ongoing femicide [sadly in both fiction and reality]. and fyi, f**k you, blogger spellcheck for refusing to recognise "femicide" as a word.

suffice it to say that i don't really feel like i'm seeing the world in its best possible light at the moment.

there are still things that make me happy. there are still many, many positive, hopeful things that are happening all around me. but at the moment, i'd just like to hold the people [including feline people] that i love and try to envision a way that i can protect them from everything else that's out there. because it does seem like that darkness can occasionally be overwhelming.

the image of the week is taken by gregory james wyrick.

faint hope for the people of juarez: apparently they were edged out this year as the world's most violent city by san pedro sula in honduras. why don't i feel better?