November 24, 2012
after careful thought, i've determined that the kid in the song "puff the magic dragon" has got to be the biggest asshole in the history of fictional children. i mean seriously, he spends his childhood with an honest-to-god dragon, who takes him to his personal kingdom and plays with him, presumably because the kid is too small to even make a decent hors d'oeuvre.

and what happens as the kid grows older? he decides he's totally over having a dragon and that he wants to go be a lawyer or an accountant or some such nonsense, because that's what normal people do.

seriously???? do you know what normal people dream about? having their own freakin' dragon! whatever you want in life, whatever the path you choose, nothing will ever get you those things faster than starting a conversation with "hey, let me show you my motherfucking dragon". you want money? women? power? having your own dragon would mean that your path to the presidency of the world would be paved with diamond-encrusted vaginas.

so rather than a sad tale of the passing of youth, i'm choosing to interpret that song as a cautionary tale about the idiocy of succumbing to mediocrity.

also, as happy as i am that the guy who plays the violin in my metro station has learned to play something that isn't "pachelbel's canon" [the classical music equivalent of "the song that never ends"], i could have happily gone the rest of my life without hearing "puff the magic dragon".

here are some things that served to assuage my anger at characters who never actually existed...

move over south beach, it's time for the grinding poverty diet plan.

dear parents: have you considered the inherent dangers of exposing your children to christian heterosexuals?

rampant misogyny and near-psychotic control issues? there's an app for that.

and since there is clearly a monotheistic trifecta in play: did you hear the one about the rabbis selling human body parts?

it's miserable outside and i have a migraine, so the outside world is scary to me. but if you're in montreal... tonight is the monthly "post-punk night" at the casa del popolo, with great music, fine nachos and cheap libations.

earlier this week, dom showed me a well-done documentary about fishbone, which ironically didn't feature this song. i say ironically, because it's the first thing that sprung into my mind when i heard that chelsea fc owner roman abramovitch had decided to let himself fire another manager for xmas. as romans go, abramovitch increasingly seems to be less augustus and more nero.

as promised, i wrapped up my commentary on fall makeup collections this week and now feel ready to move on to the holidays. despite my general humbug, i do love the shimmery-eyed, red-lipped abandon of these limited lovelies which have launched relatively recently in canada.

on a side note, do the last two paragraphs of this blog jump from fishbone to soccer to cosmetics? yes, they do. welcome to the blogosphere's schizotypal oasis.

i'll also have news for you on a couple of fronts: a possible new version of "interference", my collection of short stories and a chance to see my photos of the montreal metro system in print... details to follow.

there are also going to be some changes on mls this coming week and, if i'm lucky, this post will be the only time you think about them. i've unfortunately maxed out my google storage on photos, which was bound to happen some time, but before i throw money at the problem, it occurs to me that a lot of the photos on here are actually taken at a far higher resolution than they need to be, since the camera i'm using is actually too good for web purposes. so i'll be changing the resolution on some of the heavyweights, but chances are you won't notice much difference. it's possible that some photos, when enlarged, will be slightly smaller, but the impact should be minimal.

of course, if you'd like to support the inexorable growth of more like space, you could always make a donation via the nifty little widget in the upper right hand of this blog.

what's nicer at this time of year than a warm cuddle from someone you love? nuthin. 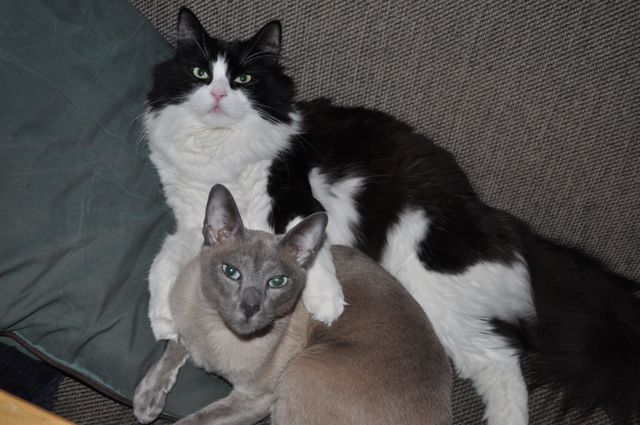 unless it's stealing the spotlight and being fabulous... 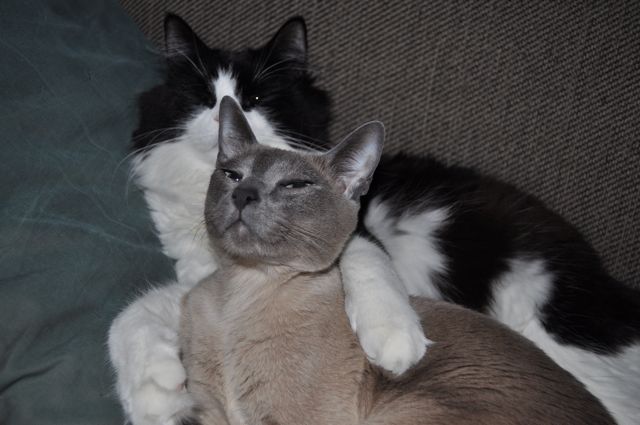 this week's image of the week is, of course, the ubiquitous grumpy cat, who has become sort of an obsession of mine lately. she is almost incomprehensibly awesome and it's ridiculous that something that looks so dour can unfailingly bring a smile to my face. long may she prosper.

and long may you prosper, awesome readers of this blog!