making faces :: at the end of the day

November 01, 2012
this is really a pretty straightforward "face of the day" kind of post and the only thing that made me think that i wanted to show this particular face to the world was that the photos- taken with the "narcissism cam" on the iphone 4 so they're not phenomenal quality to say the least- were taken as i was leaving work. in fact, i think this is kind of obvious, since my face is clearly lit by either a sunset or an atom bomb test.

i've been playing around with a great number of products lately, trying to find ones that stand the test of time. not that much time, really, but i do like being able to make it through the day without having people ask "what happened to you?" [ok, they don't really, but i'm sure they're thinking it. i am.] 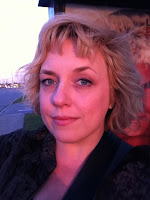 the environment in my office seems to be designed to prey on women's faces. actually, i think that most offices do and this woman is determined not to have her face devoured by the elements that surround her every day. i won't say that i've found a magic solution, but i do think that i'm on the right track, given that my overall appearance in these photos doesn't seem that different than it did that morning.

on that score, a few things i've learned ::

1. colours fade. the more intense the pigments you put on, the greater the chance that you're going to notice a difference between morning and night. your mileage may vary, but even the best are likely to show some wear after 8+ hours on duty. 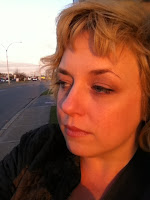 whose shadows perform the best in the long haul? most brands have standout performers in the neutral range, but for more vibrant colours, rouge bunny rouge and yves st. laurent seem to outlast all others. but in general, if you want to maintain a sort of fresh-faced appearance throughout the day, you'll probably want to keep to a fairly muted palette.

2. primers help. it does seem sort of annoying to have to put products on your eyes and face before you put things on your eyes and face, but they do tend to extend longevity. there are expensive ones and cheaper ones, ones that do multiple things and ones that simply serve as a proper foundation for your foundation, but most of the time, they will help you look a little fresher by the end of the day. 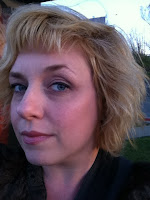 my favourite for special occasions is armani's fluid master primer, because i can immediately see that my skin is smoother and more refined looking. but since that's a pretty expensive option, i gravitate towards either marcelle's beauty balm- which is can function either as a base or as a tinted moisturiser on its own- or gosh's anti-aging velvet touch primer. for eyes, i have not come across a better base than mac's paint pot in "painterly" [other shades are available for other skin tones].

3. the more you have on, the more comes off. i've learned [over time] to go very lightly on the foundation. a good one will only require a small pump [possibly less] to cover your face and a nice soft brush to buff away the excess [i'm a convert to urban decay's optical blending brush] makes things look flawless for longer.

i don't notice huge differences between foundations in terms of how long they last on my skin, but the rule that anything with "glow" or "radiance" in the name is likely to fade faster seems to be true, whereas anything with "matte" is going to hang around. i've been trying a lot of formulations lately to see if there's one in particular that i love, but the fact is, i kinda like a lot of them. i have been especially impressed with becca's luminous skin colour, which manages to be naturally radiant and last. urban decay's naked skin foundation has likewise been in heavy rotation on my face. 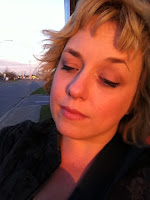 so after all that, here's what made it to the finish line for me, on this particular day...

the base ::
gosh velvet touch anti-aging primer
mac paint pot "painterly"
becca luminous skin colour "cashmere" [a little deep for my complexion, but i received it as a free sample from zuneta and it was the lightest shade they had. there are a couple of lighter shades available from becca directly.]
diorskin nude hydrating concealer "001"
diorskin forever pressed powder "ivory" 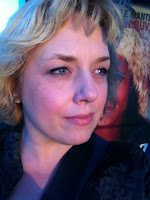 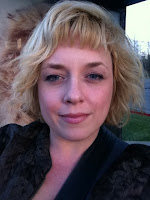 full disclosure: i did touch up the pressed powder and the lipstick before leaving the office, but nothing too extreme- about twenty seconds of work, all told. i find that you can see a bit of wear on the foundation, because in those photos where i'm not bathed in sunlight, you can just catch a glimpse of my light freckles, which are hanging tough despite the change of season.

ironically, if i'd been looking for longer wear overall, i should have picked a more seasonally appropriate dark lip colour, but my lips have been especially parched lately, so i went with one that i knew was a softer, more hydrating formula [i've already talked about that] and with a more shimmery colour because the magical shimmers tend to hide the unevenness that comes with dry lips.

the image i used at the top of this post was apparently something taken from www.onlyhdwallpapers.com. i found it on a separate site, but if you'd like to have apocalypse paris loaded on your very own computer in high definition, you apparently can. i apologise for the fact that i don't have a direct link, so i can't properly credit the artist.