November 30, 2012
i've come to the realisation that the hallmark of humility is when you continue to have a voice inside
you that whispers "you have no idea what the hell you're doing" when you open your mouth to say something impressive. today, i had to talk a senior person in a far-flung country about which i know precious little; i could find it on a map, name its capital and perhaps a couple of other cities and tell you
that i have no idea how to pronounce anyone's last name. that's seriously about it. i might be able to name a noise artist or two from there. i'm sitting there, talking this person who's much more experienced than me, through a plan to bring something to market and all the time i'm just hearing that voice: "woman, you are just making this shit up as you go along." of course, the upside is that as i've gotten older, i've realised that most people have that voice and that most people really are just making shit up as they go along. whether or not they're effective at it has more to do with how confident they seem and how much trust they inspire than anything else.

call it "the obama factor". seriously. that man's greatest strength is the fact that he's able to make us all believe that he knows what he's doing, but when it comes to world finance, the middle east and planning thirty years in the future, the fact is, everyone is making up shit as they go along.

i just thought i'd say that. i have no idea if the woman i was talking to bought into what i was saying, or if she just sat there thinking "sure it worked in canada, but who the hell do you think you are?" kinda hoping she doesn't happen across this blog post.

so, when i wasn't wallowing in existential angst over my own capabilities, this is what was bringing a grin to my face...

serbian town warns that its local vampire has returned. don't worry, once he sees what twilight has done to his people, he'll go back to his grave and roll over in it.

isn't it awesome that the feminism of the 1970s overcame all those barriers that women were facing and created a new, completely egalitarian society? isn't it?

when i was a teenager, i babysat a couple of times for a professional taxidermist. it was creepy. but probably not as creepy as this.

this time of the year always makes me think of cocteau twins. i have no idea why. but seriously, wouldn't it be amazing to think that your parents wrote this song for you as a lullaby?

it's caustic lounge week! that's right, mr. dna and i will be rocking the casbah at le cagibi this wednesday night. you can come and point at me and laugh, because i have an incredibly busy week at work and i am likely to be indulging in some pre-regret. which won't stop me from enjoying myself, but hey...

as always, feel free to contact me or leave comments here if there's anything you'd like to see on the blog. unlike during my dj sets [generally], i do sometimes take requests.

another great "brotherly love" photo for you. seth is really amazing at taking care of the others and keeping them in line. 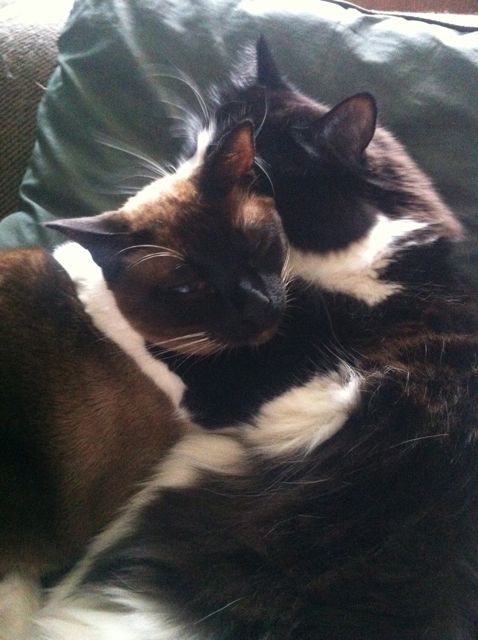 fyi, this week's image of the week comes to you from the internet genius of george takei.