October 28, 2012
my initial idea for a halloween costume was to go as a binder full of women. after all, it's timely, simple and wouldn't really require much in the way of work. slap a sandwich board on me and that's it. by definition, the binder would be full of at least one woman.

then i realised that our plans involved going out to a club and that i might want something a little more conducive to dancing. so then i had another idea...

if you follow me on instagram or twitter or are friends with me on facebook, you may have noticed a bunch of hints that i dropped as to what my costume actually was. if you missed them [or ignored them because you didn't know what i was talking about], here they are: 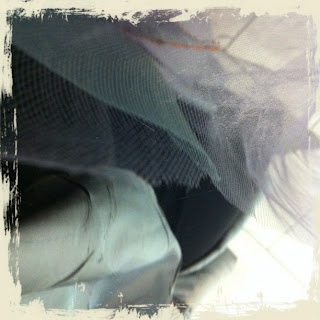 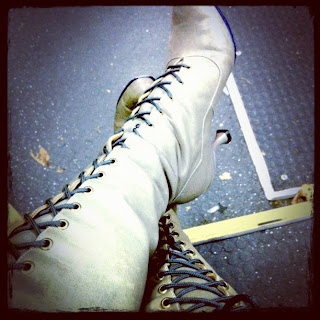 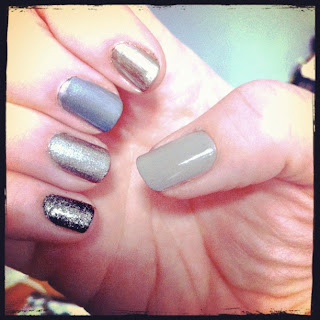 have you guessed? if not, the answer is revealed after the break...


why i'm fifty shades of grey!


you unfortunately can't see the extent of the grey panelling [or all the different fabrics] on the dress, which i really wish you could, because it took some doing on the part of my inner seamstress. i don't think i got quite fifty shades on me, but there were quite a few...

normally an ashy pallor is something ladies like to avoid, but in my case, i really played it up, with all the grey and silver i could throw at it. here's what i did: 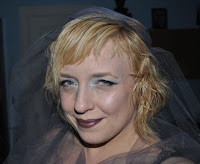 the base ::
giorgio armani fluidmaster primer
mac paint pot "painterly"
clarins everlasting foundation "103" [this is my go-to when i want something matte but not caky or powdery]
diorskin nude hydrating concealer

*suggested alternates :: white rabbit = mac crystal avalanche; lightscapade = honestly, i'm not sure what the status of this one is. it's listed as limited edition on the mac web site, but it's still available and i've seen it added to permanent displays at mac counters. if it's not available, try nars multiple in copacabana; midnight media = makeup forever rouge artiste intense #50; gargoyle's glance = again, the status of this is a little unknown, but it seems to at least temporarily vanished from the morgana web site, which is tricky, because it is completely unique. best match would be mac's jet, which will be making a temporary return around the end of november [similar gunmetal base, but lacks the pink sheen]

a note about notorious :: this is chanel's new "joues ombre", which is different from their usual "joues contraste" blushes, in that it's intended to be used as a contour. what you see is an extremely heavy application, because normally, it creates just the hint of a shadow, allowing your facial contours to seem more prominent and making you look like you're constantly being lit by a film crew at all times. so it's not something you can use as a blush, exactly [although it also works as an eye shadow], but it is something that can really subtly enhance how you look. works particularly well in evening lighting. i'll try to post a "normal" application of this product later in the week. [i should also say that i've applied lightscapade way more heavily than one would normally do, in order to get that ashy whiteness.]

finally, here's some images of some of the people i was with last night, sporting their macabre finery.

this is claudine, whose makeup skills are obviously way better than mine...

another, so that you can get a real look at her work.


compare kathleen's version with the original: 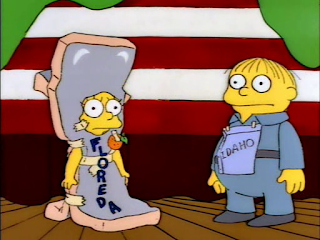 and here is black metal dom. we were taking touch-up break for our lipstick together all night. and yes, that's my nail polish. mac's "military", if you're wondering.

have you had any great ideas for a halloween costume this year? have you tried any out? feel free to share in the comments...