things i won't be doing to my vagina 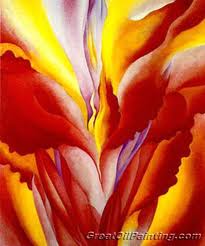 i was originally going to title this post "stop the madness", but that is such a ridiculously non-specific phrase in our times that i felt the need to explain a little more exactly what madness needed to be stopped.

obviously, since i write a lot about cosmetics and skin care and have comments about aesthetics in general a fair amount, i care about appearances. i don't consider that an especially vain thing, either, because i happen to think that taking pride in your appearance and appreciating things you find beautiful are underrated. there's a whole argument to be made that they're devalued precisely because they are perceived as feminine, but i'm not really in a position to make that philosophical argument, mostly because the position that i'm in is curled up against a wall growling and hissing at anything that i think might be coming close to my lady bits.

why, you might ask? because people are encouraging me to do weird shit to my vagina.

i was kind of shocked when i found out that there was a trend towards "vaginal rejuvenation surgery", which combines the dual horrors of "vaginoplasty" [tightening of the vagina] and "labiaplasty" [reduction and beautification of the labia]. i guess i shouldn't be. women have been conditioned to feel shame about every single part of their body, but since time immemorial, men have really borne the burden of genital shaming. it was really only a matter of time. 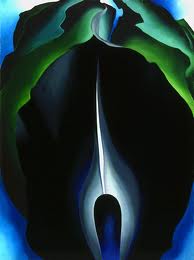 decades ago, discussions on the imperfections of a woman's labia wouldn't have happened because for the most part, we had stuff known as pubic hair. now, of course, women are shamed into shaving or waxing away everything so that they look perfectly prepubescent and presentable for a perspective partner. i imagine that once my generation has died out, it'll only be a short time until scientist uncover a stash of 80s t & a films on betamax and assume that the women in them represent some sort of missing link between modern man and the neanderthals.

once that bridge had been crossed, everything was sort of laid out there like a deli counter offering, allowing us all to wonder whether our cunt-tours were taut enough to tempt. i'll admit, it's not something i ever really thought about. i had one ex who once commented to me offhandedly on the size of his ex's labia and i figured that he was observant and weird. never in my life did it occur to me that i should be concerned that they were the wrong shape, or that they were oversized, or that they needed to work out a little more.


i'm sure there are women who need this sort of surgery. if my labia were constantly bunching up when i put on my tights or causing a tripping hazard or getting slammed in car doors, i'd probably consider it. but in the absence of any of those conditions, i'm not letting anyone with a scalpel anywhere near my labia unless they promise they can make them look like batwings or those paper snowflakes you used to make in elementary school. even then, i'd want to know that the doctor had been able to make some pretty kick-ass snowflakes in his day.

vaginoplasty, of course, is linked to the fear that somehow our vaginas are not going to be snug enough to pleasure our male partners, particularly if we've had children. the idea is apparently to get you back to how you felt the very first time you had sex. because don't all of us think of the very first time as the apex of our sexual experience?

it seems that now, certain companies are offering a more simple alternative to expensive surgery with a topical gel called "18 again". behold their indian marketing campaign:

am i the only one who foresees this stuff getting applied too thickly and resulting in a lot of emergency ward visits for the pornographic equivalent of a chinese finger trap?

ladies, if you're ever with anyone who even hints that you might want to look into one of these options, i would suggest one of the following responses: 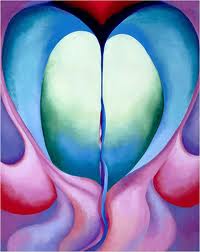 1. yeah, i was thinking that i can't really feel anything when you're in there, so if you can't get any bigger, i might as well get smaller. i'll look into it.

2. sorry, my ex was huge and he kind of stretched me out. i'm sure it'll tighten up to your size in a little bit.

3. uh-huh. i sort of figured that most of your previous sexual partners had been pretty inexperienced.

once again, this seems to be directed largely at women of colour, sort of like whitening creams for the complexion are marketed almost exclusively in asia. to be honest, i like the idea of having a lightening cream for my face, because i find that a summer tan makes me look dirty rather than healthy and because i'd like to be able to wear the same shade of foundation throughout the year. i am not, however, interested in a product that lightens my labia, because it's not a place where i'm likely to get sunburnt. 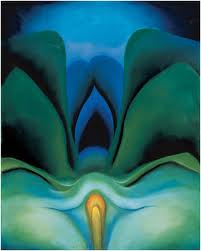 i suppose that because i'm caucasian, the logic is that i shouldn't be worried about whether my vagina is too dark, but whether or not my skin has that fresh, youthful pink glow. and, of course, i'm talking here about the skin on my labia. since benefit's multi-purpose "posie tint" isn't approved for labial use, i'm lucky that there is a product available to give that romantic flush to my clam sandwich, just to heighten the mood that little bit. no word on whether it's kiss-proof.

one of the reasons that it doesn't occur to me to worry about any of this stuff is because the heterosexual men i know are so thrilled if they even get to see labia that they're not that particular about the details. they are labia and they are good.

furthermore, unless you've given birth to twins within the hour, the muscles in your vagina are probably more than satisfactory for the average man. and there is no reason they shouldn't be.

so please, stop the madness. in fact, stop all the sorts of madness you can find, because there are so many things in the world that need to be fixed. your vagina isn't one of them.

[æʃliː sowlis] said…
Never been happier to be an asexual--no one will ever see my lady bits. They could be comically oversized or purple and no one (myself included) would ever know!
11:47 PM

thebloggerincognito said…
Not sure what I found more terrifying about that commercial; "Vag-I-nal tightening," or the whole *&@! commercial. That said, to each her own. Preferably in secret.
12:46 AM

Shadowy Lady said…
lol this was a great post. I read an article in Marie Clair a few months ago about this vagina surgery topic...it's quite depressing some of the things women do
10:04 AM

stara66 said…
Awesome post! I found you on Spektra and am thrilled to have found your blog. Keep up the great writing!
12:08 AM

morelikespace said…
Very glad you enjoyed it, Stara!
6:45 AM