August 11, 2012
i got a different sort of assignment today at work, to go and be a photographer at an event for which we were a sponsor. it was a charity bike ride for cancer research, it's something that the company apparently does every year. it wasn't a challenging assignment. i just had to go there and take pictures of what was going on as the cyclists arrived and the organisers gave speeches and presented a big cheque. the most challenging aspect of the whole event was actually that it was outside and they were forecasting rain for the day.

since i knew i didn't want to be wrangling both a camera and an umbrella, i had the clever idea to don a jaunty cap to keep water off my head and out of my eyes. like so:


i knew it wouldn't help in the event of a downpour, but it would certainly offer some protection against intermittent showers.

and when i got there, i noticed that several people seemed to have had the same idea. i mean, what further proof is needed that it was a good idea than its general acceptance by unrelated strangers, right? except it wasn't right, because what occurred to me after a few minutes was that the people there who were wearing hats were not doing so to keep the rain off their head, but because they were cancer patients undergoing chemotherapy who had lost their hair.

so instead of looking like a clever photographer, i looked like some douchebag with a camera who was making fun of cancer patients. way to go.

also, when i texted dom to tell him about this, my autotext kept trying to turn the word "hats" into "hate", which should tell you something about the kind of things i usually text and what a sympathetic individual i am when i'm not inadvertently mocking cancer patients.

that's why i think it's really much better if i interact with people through the veil of the internet. because knowing me in real life can be really, painfully awkward.

so, when i wasn't offending people and embarrassing my employers, here are a few of the things i was enjoying in the last week...

if your religious leader insists that you live in an 8-storey underground "ant hill" and never go outside, maybe you should look into some other spiritual options.

there are so many fascinating and terrible science fiction and fantasy movies that get released. you should see the list of ones that don't...

if you're going to sell contraband, try to remain inconspicuous. for instance, don't sell pot from your unicycle in the centre of town.

you know gun violence is getting bad when even the serial killers feel compelled to speak out.

if you're in the northern hemisphere... look up, look waaaaaayyy up and enjoy the perseid meteor shower, playing morning shows from now until august 13th. here's a convenient guide to getting the most out of nature's display.

if you're in toronto... what could be more fun than watching people play "street fighter" in real life? complete with flamethrowers. it goes down tomorrow night at the very southern tip of bathurst street. information available here. you'll also be able to see them at burning man [appropriately enough] in the near future.

if you're in canada... and close to a holt renfrew location, they're having their annual "beauty blowout" weekend [my name, not theirs], which is when almost all of the beauty counters introduce their fall collections, offer makeovers, give you gifts with purchase and other crazy stuff. it's a beauty lover's paradise, as long as you don't mind occasionally elbowing a few uptight suburban housewives out of the way. i don't.

in light of the fact that we landed a flying saucer on mars, i thought something appropriately space-like was in order. here's a little something from bad sector, a band who always make me think of the vastness of the universe. someone made this video set to time lapse footage of earth taken from the international space station.

just as a follow-up to my note above on the holt renfrew beauty event, you can find information about various fall collections in this post. and you can read my review of the excellent nars fall collection here.

for those of you who might have noticed that there hasn't been a more like space radio show posted in a while, fear not, there is a new one in the works, i just figured i'd get it together on my own time. stayed tuned.

this week's image of the week is, of course, from nasa's flickr stream and is a shot of the earth taken from the surface of mars. part of me knows that the money that went into this could be put to really good use on our planet, but most of me gets drawn in by the fact that running an exploratory robot over the surface of another planet is just so damn cool...

the first night we had simon, dom observed breathlessly "he looks like a god". and while that may be augmented when he stands above you, it's pretty true. i can definitely see people worshiping him. other than us, i mean. 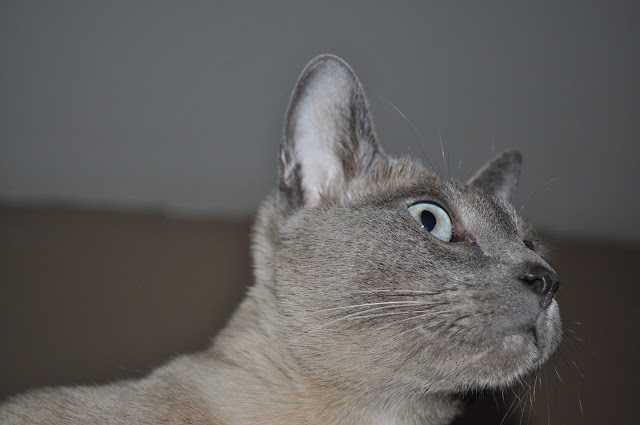 that's all for this week. thanks for reading!

Martin Rouge said…
I have seen the whole argument about spending the NASA budget on Earth, where "it might do some good", but quite frankly, its just bad math; if you really want to have a positive impact, how about we cut the massive subsidies to businesses that reap massive profits and cut down on some of the military budgets? Just cutting down on the amount of depleted uranium shells that the US Army uses would be environmentally efficient, along with preventing cancer in returning veterans.
Just saying.
12:41 AM

morelikespace said…
You make a very good point. There are actually lots of places to cut in the budget before you start slicing away at the stuff that fills us all with wonder at what we can accomplish... And by "we", I hope it's understood that I mean "people who are a lot smarter than I am".
12:59 AM