July 16, 2012
thyroid is the new heart! thyroid is the endocrine system's "tangerine tango"! [hopefully not a literal statement, for your sake.] what i mean is that thyroid is the new "it" thing, the possible source of all your problems and ailments, head to toe [including how much of a distance there is between your head and your toes]. whatever is wrong with you, chances are that your doctor will want to do some blood tests to determine if your thyroid is to blame. because what medical science has discovered is that your thyroid gland hates you and wants you to suffer.

this really should have been obvious for much longer, just on an intuitive level. a key clue is the placement of the thyroid gland: it's often whimsically described as being a butterfly shaped structure at the base of the throat, surrounded by its very own cartilage, which is what gives you the protuberance known as the "adam's apple" [or, in women, that bump in the centre of your neck]. what does that mean, exactly? that the little bastard is wrapped around your windpipe, ready to choke you out at the least provocation.

and it really doesn't take much to provoke your thyroid gland.

more and more, doctors are discovering that these things are about as stable as an armed grenade in the hands of three year old on a sugar rush. everything upsets this temperamental little butterfly. even treating its problems can be tricky, because the thyroid is incredibly finicky about needing to process substances in perfectly equal dosages. and when madame butterfly isn't happy, she takes it out on you in just about every conceivable place, including your brain.

while the exact mechanism by which thyroid affects mood seems to be a bit of a mystery ["science: it's a guess, but it's an educated guess"], but what we do know is that the thyroid is largely responsible for producing and regulating certain hormones and that hormones are key to understanding shifts in mood. unlike the divisive debate over adrenal fatigue, the link between moods, mental health and the thyroid gland is pretty well established. people with an overactive thyroid are often anxious, excessively moody/ excitable and easily distracted. people with an underactive thyroid are conversely depressed, lethargic and sometimes paranoid. doctors and patients are used to looking for the physical symptoms of thyroid disorders, but madame butterfly, diva that she is, is a fine actress and can do a remarkable impression of a mental disorder with few other symptoms.

unfortunately, in the absence of other clear symptoms, it's pretty tempting for medical professionals to go with the obvious diagnosis. generally, if you see smoke, you should think fire and not elephant stampede, but in some cases, you need to think butterflies. murderous little butterflies who live in your throat.

interestingly, there are studies indicating that people who don't even have a clinical thyroid problem may benefit from taking low dosages of thyroid medications in conjunction with antidepressants. it's even been suggested that those medications may serve to some extent as a catalyst for drugs like antidepressants, making them work better. of course, the studies aren't exactly definitive on that point, or else every patient who got an antidepressant would go home with a scrip for thyroid meds as well. but there is certainly enough in the studies that have been done to keep interest in the subject piqued. this may be of particular concern to patients who are prescribed lithium over the long term, since lithium does tend to increase your chances of developing hypothyroidism the longer you keep taking it.

so your thyroid is probably trying to kill you. what can you do about it?

as i mentioned above, a lot of doctors are probably going to want to see your blood tests in order to rule out things like thyroid problems if you have depression in conjunction with some other non-specific symptoms. but even if depression is the only symptom, you'd do well to ask your doctor to give you a round of blood tests. specifically, you'll want to make sure that the test will measure the presence of both major thyroid hormones- t3 and t4- since both are crucial indicators of how pleased madame butterfly is with the state of her environs.

once you have those results, you should feel free to ask your doctor questions about what the results mean. medicine quite often involves applying precision to a highly imprecise system and measuring thyroid function is a great example. determining when you have a "thyroid condition" as opposed to a normal, slightly homicidal thyroid, is pretty arbitrary and it certainly doesn't mean that your thyroid issues start only at the point where they become clinical. in fact, you may be able to gently persuade butterfly not to murder you by addressing her displeasure early on.

the key factor to a happy butterfly is iodine. most of us in the western world get plenty of iodine in our diets [particularly since we added it to salt], but if your blood tests show that your thyroid is sluggish- without being clinically deficient- it's worth talking to your doctor about whether or not a boost would help you. likewise, if you have too much iodine in your system, you might want to look at ways to cut back a little. the first step is just to check and see exactly how psychotic your butterfly has gotten while you weren't paying attention.

of course, there's no guarantee that your thyroid is actually the root of your problems. in fact, some research has pointed to the fact that stress, depression and anxiety disorders can cause thyroid problems as well as the other way around. but, of course, whatever has madame butterfly flapping her wings, you'll want to get her settled sooner rather than later.

but here's the real kicker... even if the problem is your thyroid, your problem might not be your thyroid? you see, as much as the butterfly might like to play the diva and pretend that she's the star, she is, in fact, controlled by a shadowy figure, the endocrine puppet master... one gland to rule them all... 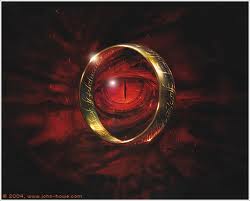