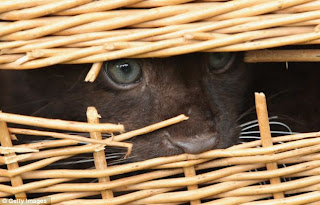 so, yes, dom's birthday was yesterday and we celebrated with friends at montreal's casa de mateo. one of the best ceviche i've ever had, wonderful, rich flavours and they sell margaritas by the pitcher. there is nothing bad in there at all.

in fact, the only bad part of the night came when we left the restaurant, which had seemed quite temperate, and were reminded of exactly how hot it's been. it was like stepping into a dryer, which is something you pretty much never want to do. it was hot enough that none of us could actually feel the effect of our margartias [or other cocktails- i think i was the only one visiting margaritaville now that i think of it]. i'm fairly certain the heat actually caused the alcohol to evaporate before it made it to our system.

i'm thankful that at least the last few days haven't been disgustingly humid, but it is vaguely worrying to look around at nature and realise that i'm living in a fairly large pile of kindling populated by a surprising number of die-hard smokers. i saw a gentleman toss the end of a cigarette on the yellowy matter that passes for grass the other day and my first thought was that i was doomed. the people of my city aren't smart enough to avoid the really obvious ways of setting themselves on fire. this is where natural selection kicks in.

here are a few things i've enjoyed as i've coasted towards my demise this week...


not every person deserves to be employed. for instance, the marketing geniuses who thought up the new "pizza and date rape" campaign for dominos"

the young female members of a russian rock group who got arrested for criticising the political and religious powers that be have begun a hunger strike. but that probably wasn't the story you thought you were getting when you clicked on a link about "pussy riot".

not to be outdone by our socialised-medicine-endorsing jurists to the south, the canadian supreme court this week laid the smackdown on advocates for copyright expansion. your move, roberts.

because haven't we all wondered how we could incorporate a picnic table into our pants?

goings on :: things you can [and should] participate in


if you're in edinburgh... you won't find a more culturally enriching evening than watching the film work of maya derens accompanied by the music of cut hands [william bennett of whitehouse]. you can find details via mr. bennett's blog.

and don't forget that mr. dna and i will be taking a turn for the post-punk side of things next saturday at the casa del popolo- which is still a fine option if you're living in montreal!


aside from having his birthday this week, dom also finished another video. this one features the music of subliminal and the title track from "coping". there's certainly nothing "nsfw" about this, but i will warn you that the effect is pretty profoundly unsettling.


hey, remember when i posted the results of a completely pointless survey about comparative national penis sizes almost exactly a year ago today? someone refined the results so that you can do a strictly european analysis. calm down, american readers, they use the metric system. those measurements are in centimetres.

i'd also like to take this opportunity to address some interesting search terms that led people to this little parcel of pixels:

"balotelli body" :: i swear, i didn't even know he was missing. and why do you just automatically assume if there's a body to be found, i'm involved? nothing has ever been proven.

"green blush" :: you're pretty much out of luck. try using eye shadow.

"my date naked" :: if you have to google that, you're probably not going to get to see it.

"weird things that people google" :: it's reassuring to know that i'm on the a-list of places to go when you're looking to find out how weird other people are.

and following my surprisingly successful plan to cut layers into my hair using a cat grooming tool, i discovered another hair care mystery. dom and i have become fascinated with this blade-less dyson fan.


today, while in line to pay for something at the future shop, we saw one on display, and i really couldn't resist checking it out to see if i could figure out how something with no blades manages to pump lots of refreshing air in my face. [spoiler: there are blades, you just can't see them.] after a few minutes of standing close to the fan, my hair had never in its life felt better. it was shocking. whatever was coming out of the magic fan made my locks smoother and softer and the effect lasted for hours. no conditioning treatment- and believe me, i try many- has ever done what this fan was able to do. i need someone to explain this to me.

i also need someone to buy me the fan.


well, i think that my point about dom and simon has been made, but in case it wasn't clear just how nuts about each other these two are, this picture does sort of sum things up nicely... 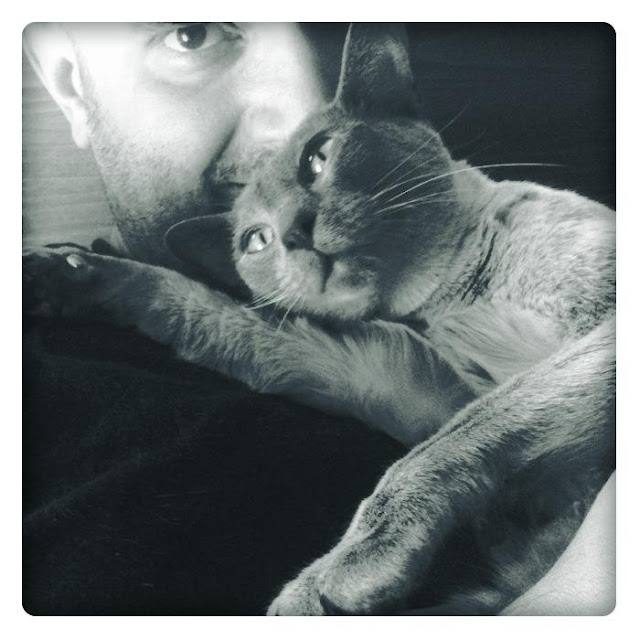 this week's image of the week is perhaps not as cute and cuddly as you might think... it's a picture of a brand new baby panther, one of two who had their coming out party this week at the berlin zoo where they were born. more unbelievable squee here.