mental health mondays :: just because they make you crazy doesn't make them crazy 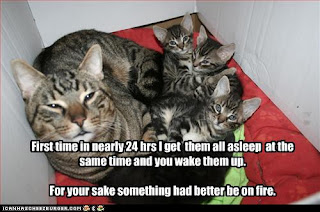 i haven't touched on the subject of childhood mental disorders in any of the "mental health mondays" posts, largely because, while i'm perfectly happy to dole out inadequately researched information to adults, because, really, the worst thing that could happen is that they'll end up taking drugs they don't need and screwing up the rest of their life. i get a little uncomfortable when it comes to giving advice that could be taken by parents who will then end  up screwing up someone else's life, specifically the life of someone i'm counting on to repair the holes in the social safety net and to pay for me when i retire.

ok, i'm not actually that much of a monster. the real reason i don't address this is because i don't have kids, which makes me doubly unqualified to answer questions since, as i've tried to make clear, i'm not a trained professional and most people who know me don't take my opinions seriously on any topic, even ones i do [or should] know about. i'm arrogant enough to think that i can talk about adults treating their mental illnesses, but i stop short of telling you how to raise your kids.

well, sort of. many years ago i remember a classmate in juinior high school [grades 7-9, i can't be more specific than that] told me news that her cousin had been diagnosed with something called "attention deficit disorder" and that this diagnosis somehow made it ok for him to be a total shit-disturbing wacko at school. my classmate, a good, responsible student was disgusted that there was now a condition that gave people an excise for bad behaviour. i was all like "sign me up". 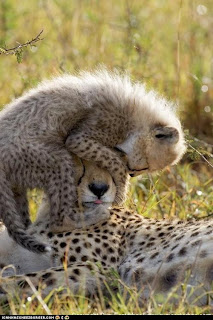 that was the first i'd ever heard of the condition and probably where i got off on the wrong foot with child psychiatry. it was as if no one in history had noticed that kids were horrible little bastards a lot of the time and had suddenly decided that they needed to come up with a mental disorder that encompassed children doing obnoxious, disruptive, selfish, stupid, normal children things, probably so that their parents could feel better about sometimes wanting to drown their little snowflakes in an unflushed toilet. their circumstances were hard. the doctor had assured them that their kid had a disorder. [which seems to be the psychiatric equivalent of saying "there's an app for that".]

since the days when i first heard the term "add", which then became "adhd" [i love their first few albums], diagnoses of the disorder have skyrocketed. but as skeptics have long posited, there is credible evidence available that kids haven't changed all that much. of course, that doesn't really do anything to disprove the arguments of those who say their children are batshiat insane. it does mitigate against those who would argue that environmental factors like the internet, videogames, television and busier scheduling are worsening the epidemic of childhood adhd.

personally, i think that there are precious few places a parent can turn to in order to evaluate when their child's behaviour has become really problematic. standards of what constitutes "normal" behaviour depend a lot on your circumstances and your family's cultural background. my mother and her sister used to think it was hilarious to get their cousin to come look for them in the barn on their property and then spray him with ddt when he came through the door. apparently, the whole spraying people with banned chemical insecticides thing, which now gets your ass hauled in front of the world court, was considered normal play time in rural nova scotia back in the day. [oh and i have it on good authority that the cousin turned out fine. although that authority is actually my mother and her sister, who, now that i think of it, would have good reason to stick to that story. they are also quick to point out that ddt was totally not banned at the time, much like thalidomide.] the point is, if you're a parent, it can be really hard to know where to draw the line.

if you really believe your child's behaviour is problematic and not just normal childish behaviour, i feel for you. those things look way worse than the time one of the cats accidentally ate a chocolate covered coffee bean and believe me, that was no fun at all. i'm not going to judge you if you choose to medicate your child on your doctor's advice, but as an untrained observer, i would say that it's probably worth your while to check out what adhd drugs are made of, because it's not nice. tom cruise might not be the most reliable source for... anything, but he wasn't entirely off the mark when he referred to ritalin and adderall as "street drugs". they're dangerous enough that getting a second opinion from a professional in the field [not just your paediatrician] is pretty much a necessity. some doctors are a lot better than others, but there are those whose inclination is to start by prescribing pills and then addressing the problem [or not addressing it]. that is exactly the kind of medical advice you could do without.

i know enough parents to know that having kids is beyond tough, even when it's rewarding. raising a child that has a mental disorder... i don't even think there are words for that. even grumpy old cynics like me are pulling for you, if only because we'll need your kids to pay for our social services when we get older. godspeed.

so that's it. this is probably the only time you'll see me talk about childhood mental disorders.

by the way, if there are any topics [non-child related] that you would like to see covered in mental health mondays, please feel free to leave a comment or contact me.