April 24, 2012
did you know how much you wanted a sheer but pigmented lip colour? if not, you can rest assured that cosmetic companies have been busy knowing that for you. last year, mac came out with their "sheen supreme" collection of gloss-lipstick hybrid shades. chanel lainched their "rouge coco shine" collection. yves st. laurent had the rouge volupte shine formula, which was limited [and not particularly well-received, since it was almost invisibly sheer]. this year, armani and guerlain are both getting in on the game.

first to market is armani, with their "rouge d'armani sheer" lipstick formula. it's meant to be the semi-sheer sibling to their regular rouge d'armani, offering a moisturising formula, long wear and pigmentation that's noticeable, but not completely opaque. like their lipsticks and glosses, these have their own "science-y" write-up about the ingredients used and their magical properties. i'm always suspicious of such things, because a company's trademarked term could be what they call birdshit and baking soda, but with armani, i have a bit more faith, because their products generally perform so damn well.

when i first swatched these on my arm, i was a little underwhelmed. they were sheer. really sheer. like tinted balm or leftover stain from a food accident that morning sheer. not that exciting. but then i remembered that i'd been way off on the call i'd made about their glosses being sheer and watery. that same day, i saw swatches on the site of the lovely shahada karim and realised that if they showed up on her pigmented lips, then i really had nothing to worry about.

and i was right.


swatched on the arm, you can get a sense of the different shades, but it's on the lips that these really come alive. there are twelve colours, three each in variations of orange/ coral, red, pink and plum. i picked up #602, from the plum family called "black lacquer". [the numbering system works the same as with the rouge d'armani lipsticks and the glosses, but these ones also have names- yay!] it's a true purple that leans neither red nor blue [although the fact that most purple lipsticks lean red probably makes it seem a little more blue]. although i have nothing like it in my collection currently, it reminds me of an old mac lustre lipstick called "jungle juice", which was a wee bit redder, but still similar.

almost all the shades are quite pigmented on the lips, although they live up to their claim of being semi-sheer. they're shiny when first applied, but settle to a stain and fade gradually over 3-4 hours. after that, the stain is just barely visible, so i'd say that while they might be longer-wearing than many semi-sheer formulas, the length of wear isn't especially remarkable. [as i've noted before, lipsticks in general don't last terribly long on me, so i usually tell people to expect more than what i get in terms of wear time.] i do love the very even, lingering colour that this left on my lips. it went from a wash of grape-purple to an enhanced version of my natural lips over the course of the time i wore it and reapplied easily- without having to remove the previous stain and start from scratch. there was absolutely no feathering or bleeding, despite the moist formula.

i would take extra care to make sure there's no stray bit of cat hair, dry skin or a grain of leftover lip exfoliant on you before you apply. for some reason, the rda sheer formula seems prone to "pilling" at any irregularities in the surface. [you can see a little of this on the left side of the lip swatch; your left, not mine.] you can get rid of these by pressing your lips together, or even by dabbing the offending spot with a tissue [the lipstick will forgive you, surprisingly enough], but for perfect application out of the tube, you'll want a flawless base.

it's a little difficult to describe the feel of the armani sheers. they're incredibly lightweight and moist, more so than just about anything i've tried. the only time i became aware that i was wearing a lipstick was when i was feeling a little bit dehydrated- then it felt like i had a soft, gel-like layer on my lips. i had a glass of water and everything went back to normal. my lips felt very soft at the end of the day, more than on days when i wear more opaque formulas, i believe, although there's not a huge difference.

overall, these are an absolute must-have for summer if you're the type of lady who likes to show off her lips. they offer juicy, bright summery shades, but in a formula that's appropriate for daytime wear. it's a no-fuss kind of product that will give you some extra "oomph" for hours and leave your lips happy afterwards. best of all, they're permanent, so you can [as i plan to] take your time adding shades to your collection. another armani home run. 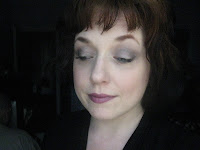 rouge d'armani sheers retail for the same price as the regular lipsticks [$32usd/ $40cad... ugh] and are available at armani counters worldwide. 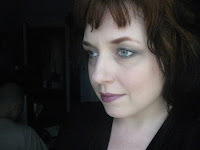 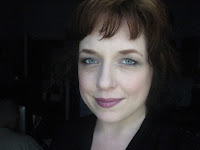