February 17, 2012
where the heck did this week even go? i've been feeling kind of severely demotivated this week- not down, just demotivated [LAZY, you mean LAZY -ed.]. as a result, i haven't really accomplished much and suddenly *boom* it's friday again. despite the fact that i feel i sort of floated through the last week, i have to admit that there were so many things that made me laugh or at least smile that by monday afternoon, i had to start keeping a list. that has to be a good sign.

so without further ado [about nothing], here's a look at the highlights and "highlights" of the week:


the people are revolting! we've heard much about popular uprisings in much of the middle east, but easily missed was the fact that the tiny maldives- made up of a group of islands in the indian ocean- ousted their president, apparently at gunpoint. only in this case, there's an important difference: this president was the first democratically elected leader in the country's history, a proponent of public empowerment and a voice for environmental responsibility. he was given the boot in favour of forces allied with the country's former dictator of thirty years. the new leader does seem to be amenable to including former president nasheed in the maldives' future, but in the meantime, the people have spoken and they say you can blow your liberal government out your wazoo.

if i had to name factors that would make me turn down an employment opportunity, exploding pig poop would almost certainly be among them.

some surprising [and profoundly disturbing] reactions to chris brown performing at the grammy awards on sunday. i unfortunately have the feeling that these ladies will end up getting what they seem to want.

of course, this week was valentine's day, but if you forgot, or if you didn't have a chance to buy something for your sweetie, may i make a few suggestions? why thank you.

say it with 55 gallons of lube. [link from boing boing]

say it with duct tape.

say it with severed heads.

if you're in st. jean-sur-richelieu: the ska-tacular rude mekanicals road show will be hitting town on february 25th with the forbidden beats, slater's sons and special guests. details here.

if you're in montreal: the venerable dark wave nights, a blend of electro, goth, new wave and ebm will be laid to rest tonight [feb. 17] at katacombes [corner of st. laurent and ontario]. although there have been many incarnations of the event, this is apparently the truly, absolutely final night. dj uriel will be spinning throughout.

the monthly post-punk night at casa del popolo takes place tomorrow. come enjoy a pint [or a few, if you prefer] and some great music, courtesy of dj's tyg and ciemnosc. details here.

sociologist caroline knowles will be conducting a workshop on mental health in urban environments at the canadian centre for architecture tomorrow at 5 p.m.. this is presented in conjunction with the exhibit imperfect health: the medicalization of architecture.

[note- if you'd like to submit any events for consideration, please email me with details.]


well, since i've recommended their show, it seems appropriate to share a little taste of the noisy-percussive splendour that is cut hands. at the very least, it should make a good antidote to a week's worth of whitney houston on the news. seriously media people, you're overdoing it.


show your support for the printed word! "interference", my short story collection, is 30% off until midnight on saturday with the code FEBRUARYCART305USD. what a deal! place your orders here.

due to some camera problems, i wasn't able to get to post about the nars spring collection goodies i picked up, but here's a quick look at the new [and permanent] paramaribo eye shadow duo in use. 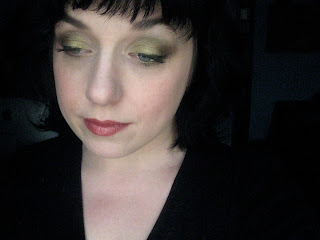 here's your weekly dose of kitteh! guess which one of these guys is just waking up... 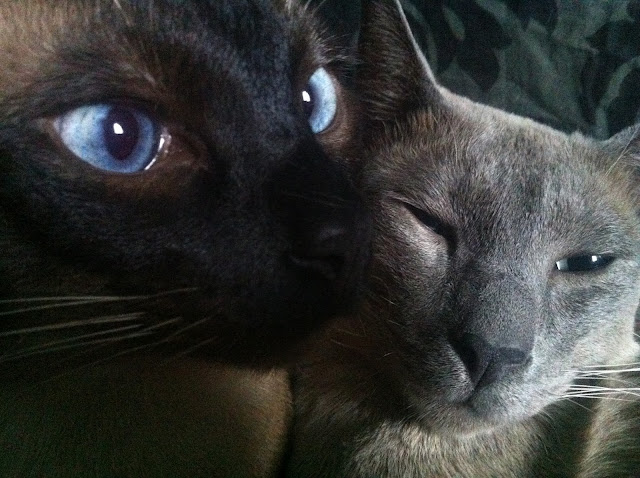 coming soon on more like space: nars spring 2012 review [this week, i promise], a look at what's new in the world of the republicans and a silent film buff's reaction to "the artist".

morelikespace said…
My pleasure, Biba. I can always be counted on for cats...
11:27 PM