February 10, 2012
i've been rethinking how i want to do friday favourites recently for a few reasons. partially, it's because i continue to be blog-logged with all sorts of things and, although i've made some progress with writing up posts that had been on my to-do list for a while, there are always things that arrive in the queue, meaning that i don't end up that much further ahead at the end of the week.

plus i've wanted to "sharpen things up", make the favourites list a quick read and reserve longer commentary for individual blog posts [which won't help with my backlog, but anyway]. i do still like the idea of doing a weekly favourites list, just in a slightly different way.

in other north korea news, does anyone know if kim jong-un is dead? tweeters [as opposed to tweakers] in china seem to think so.

apparently, when i wasn't looking, rick santorum launched his c.u.m. i'm beginning to think that he reads my blog and secretly does shit like this because he's in love with me and wants to see me smile.  or fall on the floor laughing.

republicans want to restrict your access to contraception and abortion so that they can run over your future children with large trucks.

if you're in toronto... check out the film "moon point" at the young & dundas amc theatre. it's the first release by indiecan, a new company started by producer avi federgreen distributing independent canadian films made on a budget of $1.25 million or less. [jeez, i would have killed people to have had $1.25m to make conversion. no joke- call me if you have a million bucks and need someone dead. we can talk. i have other script ideas.] 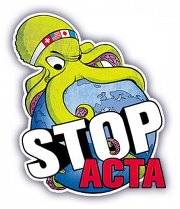 if you're in montreal... the talented marina malvada will be exhibiting her artwork, starting with a vernissage tonight. bonus: the space is right next to the cote-des-neiges metro station, which means that you need not fear the cold, snow, or anything else that usually keeps you in the house during the winter. even bigger bonus: along with her fantastic art, marina will be bringing along one of her unbelievable chocolate skulls for the event. my advice: get there early. dom and i can eat a lot of chocolate.

if you're in canada... sign the petition to stop the canadian equivalent of s.o.p.a. before stephen harper locks us all in one of the jails he's building with our tax money.

if you're pretty much anywhere... sign the petition to protest a.c.t.a., which is the international inbred cousin of s.o.p.a. the site also has a convenient map of protest locations worldwide. feel free to join in if you have one nearby.

a friend of mine who knows more about music than i do turned me onto heroin in tahiti this week. described as "droneabilly" and "death surf roma", it's one of the more original things i've heard in a while.

no surprise that this week's most popular post was the review of mac's new "shop mac/ cook mac" collection. for those who were curious about the other two eye shadow quads included- some of the best mac's done in years- here's a look at the two of them in action. [you can see the third in my original review]

and i just wanted to let everyone know that after a couple of weeks of update slacktacularity, i have once again started publishing installments of "a definable moment in time". of course, since the whole thing remains there, you can always read through it at your leisure.

and of course, it wouldn't be friday favourites without kitteh. although arthur normally is more a hearty "man's man" when it comes to company, he did take some time to hang with his little sister this week, who's been feeling a bit put upon by her rambunctious little brothers.


cheers to all and have a great weekend!

coming soon on more like space: nars spring 2012 collection, reviews of two oscar and golden globe nominated films from 2011, a look at brunch spot ben & florentine, a face for valentine's and more...