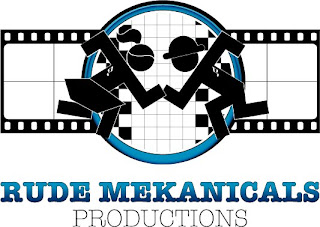 with all those bands, you might be surprised to learn that there was room for not only one but two dj's at the second rude mekanicals ska night, but, indeed, things kept going late into the night. and by "things" i mean "sounds". i and my awesome partner in sonic crime, mr. dna, got to stretch our two-tone muscles once again and a great time was had by all. unfortunately, i only have my own play list to publish here, because really, the bands and my partner actually outshone me by quite a bit.

we will be doing this again later in the year, but in the meantime, if you're in quebec or eastern ontario, you should keep your eyes out [not literally] for upcoming shows as rude mekanicals takes things on the road this coming spring. mr. dna and i won't be joining them, but you'll still be treated to a roof-raising, foot-stomping, ear-ringing good time.

thanks to all who attended and thanks to the ska boss for booking us!

here's a shot of the two dj's in the booth just to show how seriously we took the whole two-tone thing. [and, yes, the eye makeup was black & white as well. my eye makeup, not his. he doesn't wear eye makeup.] 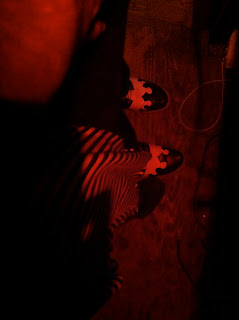 of course, we could have brought our ultimate two-tone accessory, but he doesn't much like loud noises. and it was past his bedtime. 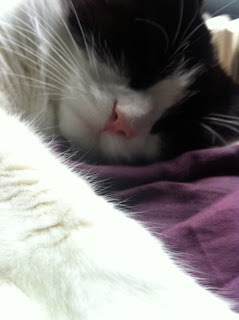