January 21, 2012
i guess every girl eventually wants to write letters to the stars of her favourite television show. 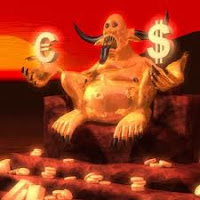 i hate to shatter your illusion that you're the aristocratic, above-the-fray president-in-waiting, but you need to know that your awkwardness is so pronounced that i feel awkward just watching you. the overwhelming tension that's evident when you smile makes me think you're being shot full of electrodes, or that you're about to fire me, neither of which is a good look for you.

we really don't care about your tax returns, but the fact that you squirm and stammer every time you talk about them makes us all wonder what it is you're trying to hide. and the fact is, i don't really think you're hiding everything. you say that you're proud of the success you've had, but your actions tell a different story. your reticence to throw a public light on your finances tells me that you're deeply uncomfortable revealing that you are a rich guy doing rich guy stuff with his money. 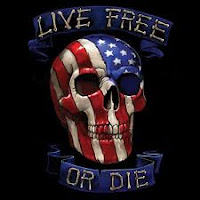 that moment in the debate where the crowd had to holler at john king to remind him to let you answer a question was kind of priceless. i notice cnn hasn't been running that one ad nauseum. in fact, it very much suited the outsider-ness of your entire campaign and i don't think that was lost on you.

some polls are indicating that you would be one of the party's strongest candidates versus barack obama, only a hair behind mitt romney and perennial front-runner "generic republican". i don't see you getting the nomination, but i love watching the general discomfort you cause for your party and the media. 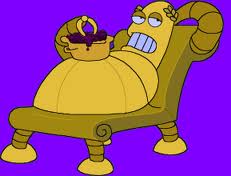 whatever you're doing right now, you should take a break to send john king a great big gift basket filled with fine liquers, belgian chocolates and aged cheeses. by asking you that admittedly ill-timed question about your ex-wife and the open marriage ultimatum, he gave you a moment so powerful you could have blown your nose on your lapel, scratched your junk like there was an infection and napped for the final thirty minutes of the debate and everyone still would have said you were the winner.

i will never count you out of this race, because i know that you are the jason vorhees of the republican party. you can't be killed because you're more bogey than man. no matter how final your demise, you can just keep coming back when people think they're safe. you're probably the party's best bet, now that i think of it. 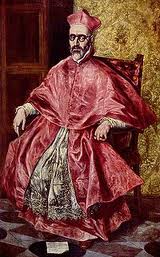 i've recently realised that you bear a startling resemblance to a former boss of mine, a real leader in the asshat community. i thought maybe that was why i'd developed such an instinctive dislike of you and then i remembered that you're the one who stuck up for s.o.p.a. at the debate and who wants to ban contraception. and that you were selected as one of the most corrupt politicians in washington by an organisation that, despite what you say, targets democrats as well as republicans.

that said, i realise that i've underestimated you all along and what's repulsive to me plays very well with a certain group within your party. your performances at the debates have gotten consistently stronger, reaching their peak on thursday when your final speech. you were overshadowed by your conservative competitor and i think that, ultimately, he's going to get the better of you, but it's evident that you're going to go down swinging. and not in the gingrich way.

Anonymous said…
this blog is very cool to read in retrospect!
9:42 PM

morelikespace said…
i honestly miss the whole republican race. when they were fighting each other, i didn't have to worry about consequences so much. consequences like one of them having the keys to the nuclear corvette.
12:57 PM