November 11, 2011
yes, as a matter of fact i have been looking forward to typing that date in my friday favourites all week, thank you for asking. this being the longest possible iteration of a palindrome date, there is plenty of superstition about it. as far as i can tell, there is about an equal chance that today the world is going to end, i'm going to win the lottery and aliens descending upon us. all of which would at least make things interesting, right?

as regular readers of this blog will know, i have an aversion to including things in friday favourites multiple times. largely, this is to keep me on my toes, because it would be really easy to write every week about how thomas pynchon, good sushi, dark lipsticks and the wonderful, faintly musky scent of seth's skin continue to improve my world in ways i'd never anticipated. so it makes me think throughout the week [yes, i do actually think about these posts before i write them] about all of the things that i'm enjoying, big and small.

but in the last couple of days, it's occurred to me that i was going to need to address something right off the top, even if it was just a wee bit repetitive. if you check last week's favourites, you'll see that i referred to the republican party nomination as "the gift that just keeps on giving". somewhere between 9 and 10 on tuesday night, it occurred to me that i had possibly [almost definitely] been a little premature in my assessment. as dom and i were watching the live stream of the debate [and fyi, screw you cnbc for not streaming the debate yourselves and for having your corporate lawyers bully others who wanted to offer access to those who don't get your channel via cable], at that "crucial moment", we made eye contact, as if to say to each other: "is it possible rick perry is doing this just to entertain the two of us?"

of course, that's just silly talk. lots of people were entertained by rick perry on tuesday. it's just arrogant for me to assume that he was trying to impress me.

in case you think that perry's gaffe is getting too much attention, i'd like to offer my thoughts on just how remarkable it was. i was raised in a political household. i can remember watching televised debates for canadian federal elections when i was still in single digits. i have watched many, many political debates in my time- a lot more, i'll wager, than most people ten years my senior. i watched reagan-mondale rather than doing my science homework. i have never seen anything like rick perry forgetting which multi-billion dollar federal agency he was going to eliminate. people up here remember john turner's infamous meltdown in the 1984 canadian federal debate, but the fact is that what most people remember is the verbal ass-whooping laid on him by his opponent, not turner's fumble.

i remember watching a debate between candidates in a nova scotia provincial by-election on community access cable [you thought i was kidding about my political geekiness?] with the ndp's robert chisholm [who eventually won and is now running for his party's national leadership, twenty years later] and front-running liberal randy ball. ball had evidently never been told about how unkind cameras could be [particularly when you're standing next to someone like chisholm, who looked like he strolled in from a g.q. cover shoot] and the ten of us province-wide who tuned in to watch were treated to an hour or so of ball swaying, sometimes alarmingly, from side to side and sweating like he had a glandular problem. [the swaying got so bad that he would often swing into shot when the camera was on another candidate.]

to be clear, i am comparing the candidacy of rick perry, who raised $17 million in the third quarter of this year, to a candidate in a by-election in a canadian province with a total population [at the time] of under a million people [only a few thousand of whom lived in the riding in question].

that is one epic brain fart, sir. [and by the way, rick, if you were trying to impress me, mission accomplished.]

but as fun as that was [and as much as i'm looking forward to seeing what happens when the gang regroups next week], there are other things that made me happy this week in a much more positive way. here are some...

eye spy :: although i've owned a smart phone for about two and a half years, i'd generally resisted the urge to stuff it with apps, partly because i live with someone who has a penchant for apps that make lots and lots of noises and i feel like my nerves are shattered enough and partly because i'm too lazy to browse through what's available. but a strange confluence of events has left me with a renewed interest in my phone's camera and a chunk of credit at the itunes store, allowing me to experiment for the first time with paid apps [as a rule, i won't use my own money to pay to put little time-wasters on my phone]. i am somewhat afraid of just how much fun i'm having with these.

imajicam, which has a number of filters for both photography and video and spooky pic, which is a cute little gadget that lets you creep-ify photos either as you take them or from your history, are both fun free add-ons.

at $1- $2 a piece, super 8, silent film director and the much discussed hipstamatic are wonderful tools for making your cutting edge technology work like stuff you put in the garbage years ago. yes, it's counter-intuitive, like sampling vinyl crackle to put on a cd, but it's loads of fun.

it can also create some surprising results. i used both super 8 and imajicam extensively on the short film "a sense of longing: oblivious" and the effect of the two makes the piece.

while i'm unlikely to be downloading an app that makes my phone produce farting noises, i am finding these camera apps dangerously addictive. further suggestions welcome. 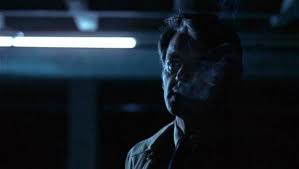 the gold standard :: after seeing the interesting but over-rated "the ides of march" earlier this week and then getting into debate mode, i felt compelled to re-watch "all the president's men" last night. although you could argue that the film is more about journalism than about politics, to me it will always be the film by which other gritty, realistic politically-themed dramas are judged.

made in the wake of the watergate fallout and the resignation of richard nixon, it's a gripping look at how the story came to light and at the the kind of effort it took to get it there. every journalist i've ever met has a serious employer-crush on jason robards as washington post editor ben bradlee and hal holbrook's performance as the informant "deep throat" has become iconic in western cinema. [and by "iconic" i mean that the simpsons parodied it, which is really the mark of cultural relevance in modern-day north america.] it's one of the few films that manages to convey an incredibly suspenseful atmosphere in spite of the fact that we all know how it ends.

animals being dicks :: pretty much exactly what it says. i saw this linked on www.thebloggess.com last week and i haven't stopped laughing about it since.

that's all for this week. i'll leave you with something that would be disturbing if it were people, but adorable since it's cats- a little brother-sister bath-time love [no camera apps needed here]. 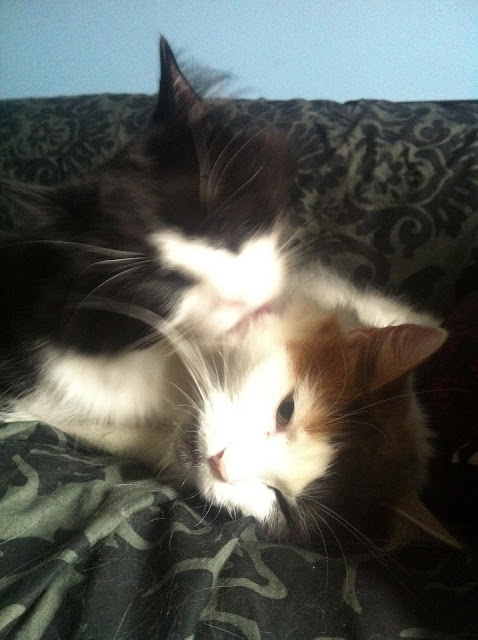