September 16, 2011
whoa. friday already? the last thing i published here was actually tuesday's installment of a definable moment in time. it's not like me to be so un-wordy. but, yes, another week has passed and very quickly. this also seems to be the week that the weather switched magically from summer to fall, dropping from high heat and humidity to temperatures that require a good, thick sweater.

doing a list of favourites this week is actually a little tricky, because, as i haven't been feeling that well, i didn't end up doing a whole lot and also because probably my favourite thing of the week was seeing the film "cafe de flore", which i'll review separately and in more detail. i likewise got a couple of lipsticks from a new company [meaning new to me] that actually have a great selection of offbeat colours, but, again, i'll get to that separately.

so that leaves me wondering what to write here. and i feel that i should write something, because, after all, i phoned it in on monday, which was actually the post previous to this. oops. 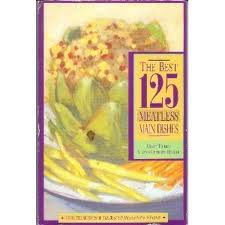 but the fact is that this week, i've felt fairly quiet in general, not in a depressed, sulky way, but simply from having little to say. perhaps i overdid it last week. there are things that i enjoyed, of course, but i feel like they're the same things i've written about here before. and, of course, i wouldn't want to be repetitive.

i did make a very nice pasta vongole earlier in the week and one of the great things about the easing of the mercury is that i'm actually tempted to return to the stove, something i try to limit during the summer. cooking is something that i've really come to love, despite the fact that when i moved out of home, i was intimidated by anything that involved pots. as it turned out, i got over that fairly quickly and being at work in the kitchen has made me happy ever since. [except for having to clean up the mess afterward.]

i'm not a slave to recipes, but i do find that they can give me ideas, sometimes just by suggesting ingredients i don't know that well. probably my all-time favourite cookbook, one that i've had since i moved out [a gift from my mother, who was probably worried i'd starve to death] is 125 best meatless main dishes. the recipes are almost all winners [i found one that really didn't work for me, but that's it] and the flavours used are really original. i still go back to it regularly.


i did spend some quality time watching the "tea party" republican debate on monday night, but i can't actually say that would qualify as a favourite moment of the week. [although it did remind me that i'm reasonably happy to live where i do.] i find the build-up to american elections overwhelming, but i do sort of get sucked in despite myself. they're a big enough power in every way- economically, militarily, politically- that we all end up getting affected by their choice of leader. i suppose it comes as no surprise that i don't have a lot of common ground with the right wing of the republican party, but i have to say that some of the comments, particularly michelle bachmann's rant about the horrors of subjecting girls to an vaccination and the appreciative hollers from the audience over the question of whether or not someone without insurance should just be left to die in a medical emergency, did seem to qualify as a sort of macabre form of comedy, at least when viewed from a distance.

i will say that i had a lot of fun tweeting my thoughts about the debate and i'll apologise to any followers who might have been annoyed at the steady stream of sarcasm. i'd also like to propose a new drinking game for future debates: every time one of the candidates uses the term "obamacare", you have to take a shot. if monday night is anything to go by, hospitals should prepare for an onslaught of cases of alcohol poisoning...

so there were a few things that were worth mentioning after all. and, of course, there's always room for kitteh. this shot is remarkable because julia is generally a little standoffish with her little brothers. it seems like she's changing her tune, at least with hecubus... 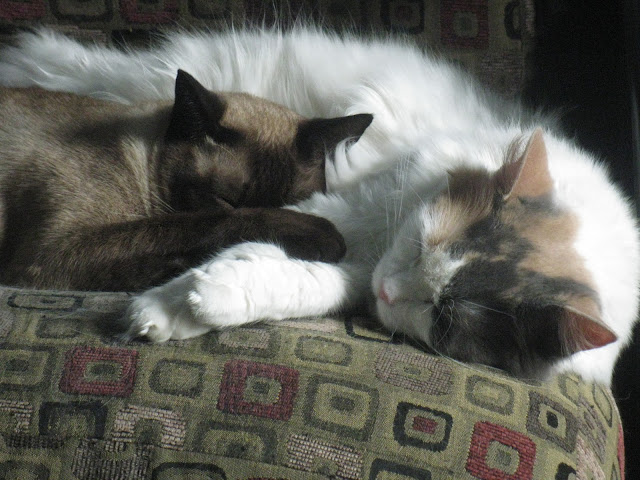