the best places to do it in public

August 30, 2011
ok, this is a post indulging my public transit geekery, just so you know.

since i featured the montreal by metro web site in last week's friday favourites, it got me to thinking that i haven't really posted much about this subject, despite the fact that it's one i think about every single day.

i think about it every day because i have opted not to be a driver. i've even let my license lapse, which is a sure way to get looked at like there's something profoundly wrong with you [i usually just try to work that]. i've certainly driven regularly in the past and i admit that i find it convenient that dom has a car [and a license] for certain times when one is really a necessity, but the fact is that being able to get around without a car is quite important to me.

it's simple, in my mind, really. i choose to live in cities. i do that because i like the feeling of proximity to the things and people i want or need to see regularly. if i wanted to feel isolated [and sometimes i do] and i wanted every interaction to be something that required time and planning, i'd live in the country. but spontaneity and flexibility are important to me and so i choose to live in places where those things are supposed to be easy. you wouldn't think that that automatically marked me as some kind of suspected terrorist, but you'd be wrong. telling someone in a north american city [with one exception] that you don't drive elicits kind of the same reaction as telling them that you're retarded. on the plus side, it's also a really easy way to detect morons that life throws in your pathway, because anyone who treats you like less of a person because you don't drive and/ or own a car is someone worth going out of your way to avoid. 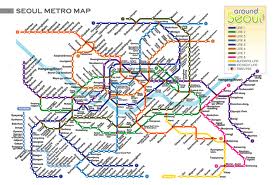 although i have always believed that i should be able to get through life without a car, it hasn't always been possible for me to live by that credo. because to live in a modern city and not have a car, you need to know that the city has your back, that you'll be able to get from a to b when you need to. and that means that you need a well-planned, efficiently-run public transit system.

i recently got it in my head to look at what factors went into making a good public transit system, since my general criteria has always been "it gets me where i need to go".

and, really, that's not a bad place to start. because, in order to get me where i need to go, the system needs to be broad enough that most places [like work locations] need to be accessible within a reasonable period of time, it needs to be reliable and it needs to be relatively easy to reach multiple destinations from one's starting point. and, of course, it needs to be affordable.

i was interested to find some articles rating various public transit systems both in america and the world. [despite our heavily urbanised population, canada doesn't have enough well-thought out public transit networks to rate, apparently.  a google search for which canadian cities have the best public transit generally turns up articles on american cities, where canada might be mentioned in a sidebar ad.] the criteria may seem like common sense, but the results were still more than a little surprising. 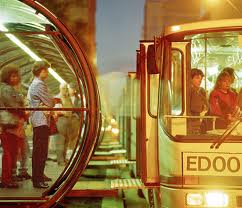 for worldwide perspective, this article from askmen.com is actually pretty informative. there's not a lot of science behind the choices, but they have done their research on traffic and efficiency, which are two excellent hallmarks of a good service. in general, the systems from big asian cities seem to put others to relative shame. i haven't had the opportunity to try any of them, but most people i know who have tell me that they are wonders of engineering and logistics, with massive percentages of the urban populations relying on them for everyday transport. [i'm unsure which is the chicken and which is the egg in these situations. did great systems arise out of public demand/ necessity, or do the people flock to them because they're so well thought out?]

on the more thoroughly-researched end of things, there's an ambitious report by the metropolitan policy center at brookings on the best and worst networks in america that looks at neighbourhoods serviced, average wait times and the percentage of jobs reachable by public transit in 90 minutes or less. without demeaning its work, some have criticised the report for leaving out one crucial detail: they didn't look at the percentage of the area population that actually used the public network. so cities like new york, which can boast that it is the only major city in north america where the majority are not car owners [because they don't need to be], are ranked lower than cities where the networks are well-intentioned but ignored. [in the report's defense, one could argue that part of the use of this sort of report is to make people aware of the effectiveness of public transit.]

this study,  analysing usage data, seems to strike a middle ground and, by the tone of the comments, ends up making no one happy. i will say that los angeles, a city where most people need a car to go to the corner store, is a surprising bronze medalist, but it also occurs to me that [while i've never used them] i have seen a lot of buses every time i've been there.

of the networks i have "test driven", new york and paris have really been tops. while i don't mind using them,  i find the networks in london [too many breakdowns and stoppages] and san francisco [can be picturesque, but takes a long time to get anywhere] are generally overrated. i will say that both cities have done great work in actually encouraging people to use public transit, which is important in itself. i'll also say that the washington [d.c.] system seems perennially underrated to me. the last time i visited the city, i got stuck in a hotel pretty much on the maryland border and i was amazed at how simple and relatively quick it was for me to get to the various locations downtown i needed to be. 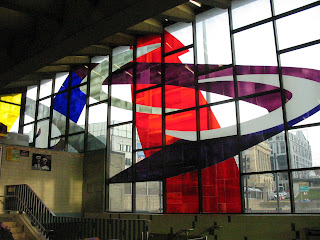 montreal is by far the best in canada [i have backup], but i'm afraid that doesn't set the bar particularly high. canada's networks- especially considering that much of the time, walking isn't an option- are shockingly archaic, evidence of the misinformed belief that cities aren't a crucial part of the canadian fabric, that they exist purely as anomalies around our national navel and nowhere else. our networks are often constructed to ferry people from one part of the downtown core to another [toronto is an especially egregious example of this], without taking into account where people live. that amounts to a public system built around the needs of tourists and college students, two groups who can often walk where they need to go for free.

as much as i like to be able to brag about montreal's transit [five little words: rubber tires on the trains], i'd love to think that we had some serious competition. of course, i'd also love to see us get to the point where we earned a place on one of those "best" lists.