June 03, 2011
my feet hurt. and that's a good thing, because it means that i've had a lot of time to go walking. walking is kind of a year-round favourite with me and it's more than a little frustrating that i live in a climate where walking can be impossible or highly unpleasant for so much of the year. not this week, though! i have taken advantage of this week's sunny days [and the fact that i have a lot of time on my hands and frustrations to work out] to pound the pavement, mostly in ndg and westmount and feel content that i'm keeping myself at least a little bit active.

although i really want to avoid repetitiveness, i feel like i would be remiss if i didn't point out that the segment of last night's episode of "the daily show", where jon stewart responded to eric cantor's position on tornado relief is quite possibly the best thing they've ever done. you can watch the full episode on the show's web site, unless you're in canada, in which case you go through comedy central. the segment goes right to the heat of what i think infuriates most people about cantor's statements- not that they are ludicrous on their own, but that they are so completely hypocritical. jon's definitely on top of my "men i would chase down the street if i weren't already spoken for" list this week. it's not a big list, but it's constantly evolving.

so what about some things i haven't talked about yet?

ONLY ONE WAY TO FIND OUT... AND HEY, THERE'S AN ADORABLE KITTEH AT THE END

a sense of responsibility :: mac cosmetics have long been associated with causes, particularly their phenomenally successful mac aids fund. now they're adding to that by collaborating with the u.s. government and other organisations to help fight gender-based violence. you can check out more from mac, parent company estée lauder and secretary of state hilary rodham clinton.

in addition, rumour has it that lush cosmetics, themselves no strangers to causes, will be launching a campaign in favour of legalising gay marriage. this won't mark the first time the company has taken on a controversial political topic- they campaigned against extracting oil from canada's tar sands, helping to spread awareness of the environmental risks associated with the project before the oil industry had even started hyping it in their ad campaigns. it's nice to see that someone at lush hq evidently has testicles the size of those ubiquitous bath bombs.

the mad monkette :: this is the sartorial equivalent of comfort food. 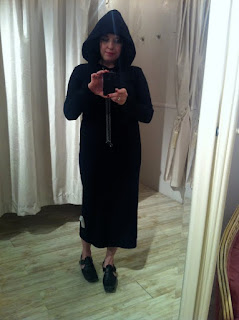 soft kill :: this is the phoenix risen from the flames of blessure grave. their new album "an open door" isn't exactly going to shake the foundations of music, but it's still a lot of fun [in a mopey kind of way]. perfect summer listening.

more fun with mac & guerlain [& nars & chanel & my new friend stila] :: what's the point in having a great paint set if you don't use your paints? i may have been forced by blogger to abandon my "by the letters" makeup experiment, but here are a few things i've been doing with some of the lovely things i've raved about... you can also check out my wicked tan. seriously. that's a tan. 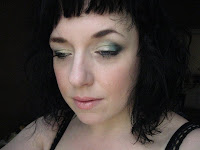 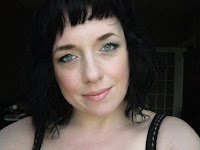 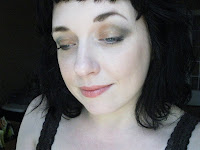 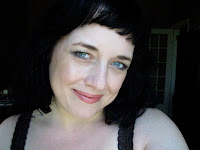 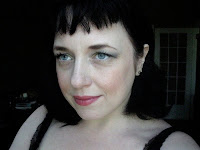 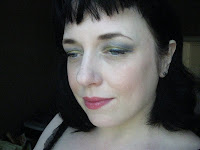 
but really... there's no doubt as to who is the real beauty queen on these premises...

thanks to everyone who took the time to read & comment. please feel free to share your thoughts and suggestions.