May 03, 2011
as i promised on friday, i am dusting off my beret and mustache and venturing into the land of myths regarding mental health and mental disorders. as with many things, the more something comes to the public's attention, the more bizarre stories start to circulate about it. so this week's post will try to get to the bottom of the top mental myths. [of course, this is not an exhaustive list of myths, but, you know, you have to start somewhere.] 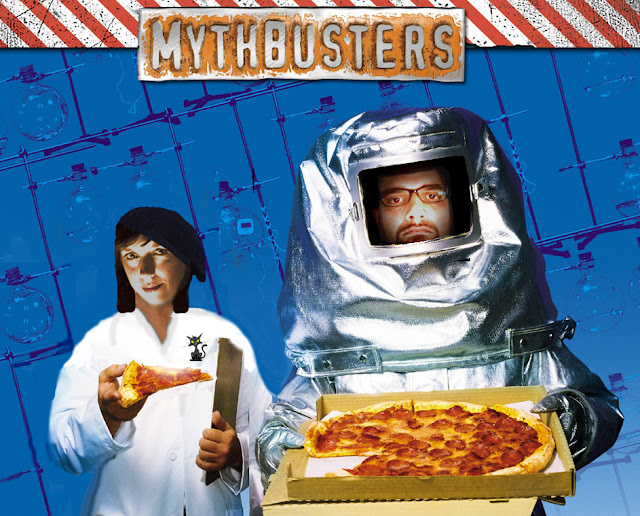 SEE WHAT MYTHS ARE BUSTED AND MORE!

1. mental disorders are a by-product of the modern world and other than serious cases, were unknown earlier in history :: actually, while the names were different, most ancient cultures understood mental and mood disorders beyond those like severe forms of schizophrenia. in fact, they were viewed in the same terms as other diseases an usually attributed to the same forces. disordered thought patterns and concentration appear to have been understood in ancient egypt. empires india and china were aware of the presence and dangers of conditions like depression and mania and, of course, the reason that much of the terminology related to mental health has greek roots is because the ancient greeks recognised disordered thought as a health problem.

some of the most detailed work on psychology in pre-modern times, however, comes from the muslim world. scientists in persia and arabia identified categories of mental disorders, most of which are still recognised today. they established asylums where mental patients could be cared for [and apparently, cared for is what they were] as early as the beginning of the eighth century. there is even some evidence that they were abel to identified neurological conditions like parkinson's disease.

historically, it is the idea that mental illnesses are unlike other forms of illness that is a product of the modern world. since, in judeo-christian societies, moods and thoughts were generally believed to be the realm of the spirit, and therefore disordered thought was perceived as indicative of an individual having problems in their relationship with god.

2. mental illness is largely a first-world phenomenon :: this is much trickier to answer than people would have you believe. first of all, there is the question of access to treatment in the first place. rates of mental illness are, unsurprisingly, higher in countries where people have easy access to health care and, equally unsurprisingly, self-reported incidents of mental illness were highest in the united states. however, in a two-year study of fourteen countries from around the world, at least half reported mental disorders affecting more than 10% of the population. in countries where there is a higher perceived stigma associated with mental disorders, self-reported illnesses are lower, a correlation that makes all self-reported data a little suspect. basically, people are more likely to say that they have a mental illness the more socially acceptable it is to have a mental illness. so by the time we succeed in fully removing the stigma associated with such disorders, by that logic, we'll all be crazy.

prevalence of mental illnesses like anxiety and depression generally seem greater in the united states [and, to a lesser extent, europe] because these are the countries in which most studies take place. information on the developing world is lacking, which is different than saying that mental illness does not occur. there are also cultural factors at work in even identifying mental disorders. for instance, while rates of schizophrenia overall are more common in the western world, incidents of particular forms like catatonia or hebrephrenia were up to ten times more common in the developing world. add to that the fact that, even in the western world, mental illness disproportionately affects peripatetic populations like migrants and the homeless- who are notoriously difficult to study- and you have a lot more questions than answers.


3. people with severe mental disorders are prone to violence :: it seems like every time a story comes up in the news about someone with a mental disorder committing a violent crime, everyone sort of shrugs and acts as if that's what you have to expect from crazy people. actually, despite what you read or hear, people with mental disorders are no more likely to commit violent crimes than people who are "normal". actually, people with mental disorders are statistically more dangerous to themselves than anyone else. there is no study conducted that would indicate that any group in a specific set of circumstances would behave differently than any other group placed in the same circumstances. bottom line: there's no difference between being normal and being crazy at the end of the line.

there are plenty more myths about mental health to be busted. do you know any? feel free to contact me with some suggestions. until then... here comes the c4!!!!