April 19, 2011
issue 11 of paraphilia magazine is out, with its customary pastiche of art, interviews and literature from the new frontiers. always a dense, challenging and rewarding read, this installment also includes "hollow earth" a short story from yours truly. this is not one that has seen the light of day before, although it has been kicking around my hard drive for a while. on a personal level, i find it probably the most depressing thing i've ever written [although there are some pretty strong contenders]. it's also possible that that's just my subjective thoughts as well. 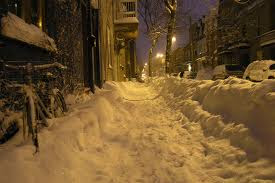 There’s a look of anxiety that runs behind his eyes when he talks about waking up, suddenly lucid and alone in the middle of the night. The power had been knocked out by a storm and his heat was off. He could see clouds above him when he exhaled and then, as the congestion in his chest became worse, he watched the clouds grow wispy and insubstantial, becoming thinner no matter how hard he pushed to get air out. He realized that there was no air in him and lay there imagining that his lungs had frozen when the power went off, that he was gradually dying from the inside out, blood growing thick and heavy, icicles forming on the inside of his stomach cavity. He didn’t tell the story as a frightening one, he told it as a joke- how funny it was that he had been so out of it. But the fear was in there, peering out at us, begging for help through his muddy eyes.

to rest, just follow the link above and feel free to send me feedback.

the paraphilia site also now offers books by some of their regular contributors. and if my particular story tickles your fancy, you can always pick up a copy of interference, an anthology featuring a handful of others.

[image is unrelated, just something i thought went with the story.]