April 29, 2011
ugh. i almost decided to make this "friday f**kers" and compile a list of things that grind my gears, because it's just been that sort of week. personally, the pretty much constant pain i have in my upper back, neck and shoulders has been acting up, meaning that i'm constantly in a lot of pain. not pleasant to deal with. i've also had some people get under my skin- generally not a comfortable place in which to have people stuck and something i try to avoid. although i was optimistic about my plans for writing when i posted last week, i didn't get nearly as much done as i'd hoped, because, strangely, my muse just deserted me. damn her. so all in all, with some exceptions made for coffee with a great friend, baked goods shared with a loved one and, as always, time spent with cats [plus a couple of cosmetic finds that helped soothe my nerves- watch for more news in subsequent posts], i'm glad to see the derriere of this week. but, of course, there were some bright spots, as there always are. and that's what i'm going to think about now.

here are my friday favourites ::

first flowers :: after a chilly spring and with nary a bud on the trees outside my window, it's kind of a relief to see these little buggers poking through the ground in front of the buildings on my block. i know eventually it will be verdant and glorious, but at the moment, nice days are a bit hard to come by. fortunately, these little blue-purple fellows are here to remind me to hang in there, at least until this weekend when we're supposed to have some fairer skies.

FIND OUT WHAT ELSE MADE THINGS BEARABLE, PLUS THE CAT PIC OF THE WEEK! 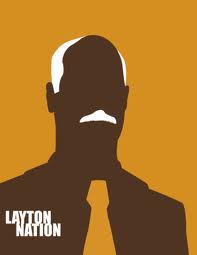 the other orange revolution :: i don't generally announce any political preferences in terms of parties, but i think it's fairly clear to most people where i stand on issues [in fact, i posted a graph of how i compare to canada's various political partiesa couple of weeks back]. so with only a few days left to go, it is hard not to get a little excited about the orange tide that polls are indicating.

regardless of what one's opinion of the ndp and their burgeoning support is, i find one thing is certain: for the first time in canadian federal politics since 1993, people are engaged. advanced polls have had record turnouts, despite concerns that they were held on holidays, when many people travel. poll numbers are changing, as opposed to campaign after campaign of watching things stay more or less the same.

what makes me feel particularly good about this surge is that the last two such movements i remember- in 1984 and 1993- were about voters reacting against the government of the time. in this case, the prime minister hasn't suffered any such collapse- in fact, the same polls that show the ndp surging in many areas show that stephen harper is still comparatively well-regarded- but seems to have simply been overwhelmed by a public sense that it's time for something different.

i'm a little unsure as to how much of this support will pan out on election day, but i will say that the usual tactic of  scaring people straight seems to have fallen flat [a combination of lack of preparation for this eventuality and distraction caused by the royal rumble known as william and kate's wedding]. 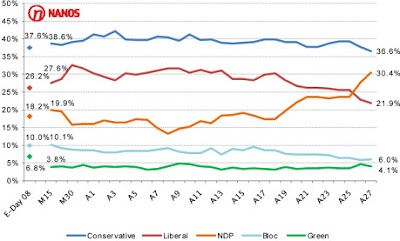 i'll also take this opportunity to say up front that i completely messed up one thing coming out of the national debates. i thought that when gilles duceppe taunted jack layton about neither of them being in the running for prime minister that he'd landed a very palpable hit. on the contrary, it seems that quebec voter reaction to layton saying that he was in the competition to win was "oh, ok, thanks for telling us, we hadn't known. we'll vote for you now". granted, i don't think anyone saw that coming, but i'll admit, i got it 100% wrong. [i was right about michael ignatieff imploding in quebec after the debates, though, so it sort of works out... in a way... kind of... not really.]

i have absolutely no idea what is going to happen on monday, but for the first time in a long time, i'm interested. 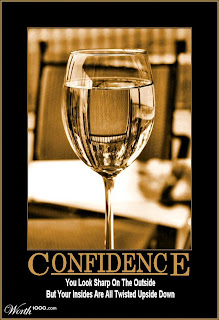 personal progress :: since that last one was a bit of a doozie, i'll keep this one short and sweet [like me!]. i was speaking to someone earlier and the subject of self-improvement came up. i still find that one of the chief areas where i would like to see some is in my confidence and ability to project that. when i was younger [i won't even say young, because this is something that persisted into my twenties], i was almost painfully shy. early on, this manifested itself as being completely withdrawn from the world around me, later, it would swing between periods of withdrawal and gregarious over-compensation. however, even when i was being more boisterous and social, i made a habit of more or less just repeating things that i heard around me. talking about myself, my thoughts, my interests in anyway was terrifying. so i laughed along when i could and worked at blending in.

when i was explaining this today, i remarked that it got a very surprised reaction. in fact, it generally gets a surprised reaction whenever i say this nowadays. while i'm still more than a little uncomfortable talking about myself and my projects [other than in indirect forms like this blog], i do know that with age has come a certain assertiveness. and that feels good. i feel like it came late, but i have gradually shifted from being invisible to "me too" to "here i am". it's nice to know that other people notice that.

coming up this week, i feel like i have a lot to look forward to. there's the election on monday, followed by the third installment of the caustic lounge on wednesday and visits from not one but two good friends who i haven't seen in much too long. couldn't come at a better time.

i'm also looking forward to the coming week's blogs, since i feel quite well-prepared. i'll have reviews shortly of new things from mac and guerlain and on monday, i'll be channeling my inner mythbuster and taking on some myths about mental health. plus, of course, there are the ongoing sagas of my fiction serial, which will, of course, be updated on wednesday and my "30 days of lips" project, which is updated daily as i root through my burgeoning lipstick collection.

and because we all need something to make us smile, what could be more endearing than some brotherly love, courtesy of seth, hecubus and arthur? 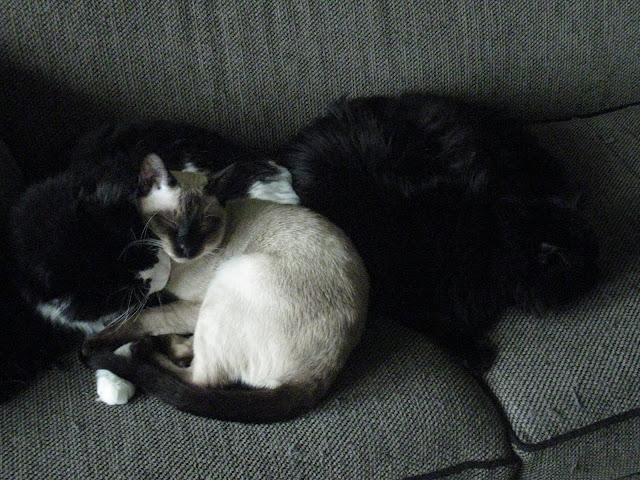