April 22, 2011
it's friday again? yes it is and what's more, it's supposed to be a good friday, from what i'm told. of course, considering there was hail in montreal two days this week, you could be forgiven for any skepticism about how good things are. i always try to hold out and insist that i'm just getting impatient for spring, but this year, i have to admit, it's damn chilly for the midpoint of spring. all the more reason, i suppose, to appreciate the lovely weather we're enjoying today. i'm just as glad that my migraine resolved itself into nothing but a dull pressure behind my [still securely attached] right eye, so that i could actually look at the sun without screaming in pain. [although doing so probably would have allowed me to head straight to the front of the line at the grocery store.]

"kjjjjjjjjjgvc", says hecubus, which means "get on with it" in cat. and so i will get on with it, right away. here are some things that made me smile this week, even if going outside was at times very unpleasant. 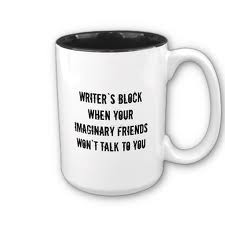 getting back in the groove :: those close to me know that i've found it extraordinarily frustrating that i've been able to do extremely little creative writing in the time since we started working on conversion in 2009. i've worked on incomplete pieces [which are still incomplete], i've come up with outlines and ideas [which await flesh on their bones] and i've occasionally spat out a poem or very short story, but progress as been slow in coming. so this week, i felt good about the fact that for the first time in a very long time, i sat in front of my computer and wrote the first draft of a short story, start to finish. it's not an atmospheric excerpt, but a story, with a plot and characters and, for me at least, it's remarkably accessible. that's all i have to say at the moment, but, now that i've crossed that mental barrier, i feel a lot better about my own potential for getting things done in that department.

READ WHAT ELSE MADE IT WORTH GETTING OUT OF BED, PLUS SEE THIS WEEK'S CAT PIC!

adding an extension :: i've always wondering about the "pages" function that blogger offers as part of its service. it suggests that it's a place where one can have basic information like an "about me" page- basically something static, or something set to a single purpose, at least, that you want kept separate from the ongoing string of blog posts that you have going.

i don't have the least interest in adding an "about me" page here, because i figure anything you ever need or want to know about me can be gleaned just by reading through a few random blog posts, but there are some other ways in which separate pages can be put to good use. so far, i've added a couple and, i'm sure, there will be more to come. keep an eye peeled on the upper right hand corner of this page for news and for the time being, enjoy the pages on literature and lipstick i've already established.

zola jesus live :: i'm always uncomfortable when i get into things that seem to appeal to hipsters. not that there's any danger that i'll be mistaken for one of them- i weigh more than a hundred pounds, have never sported a mustache and there are very few things i enjoy because of their ironic value. however, ever since i first heard ms. jesus playing in a record store, i've had to admit that the hipsters might have got this one right. plus, of course, she did a split release with burial hex, one of the most unnerving, beautiful and under-appreciated acts around.

listening to her recorded work, i notice that my preference is markedly towards her early material, which is noisier and grittier, as opposed to the better-known "stridulum" releases, where the production is cleaned up and the results are a little too sparse and stripped down for my liking. however, i was curious to see her live this week. [i missed her first show in montreal because it was the same night as swans were playing- thank you so much pop montreal for doing that to me two years in a row.] i did not like the idea of having to see her at il motore, since my only experience was of sound so bad that i ended up fleeing well before the act i came to see took the stage, but i managed to score a place on the guest list, and it's just not right to turn down a free show. turns out to have been a damn fine decision.

her live set up involves several band members- keyboardists, a violin player and a drummer intent on pounding his kit through to the centre of the earth- and the lady herself is so unbelievably petite as to almost get physically lost amidst the action. until she starts to sing. it's apparent from her albums that her voice is a force to be reckoned with, but the sheer power she projects is almost unbelievable- no autotuning, no processing, just a really strong, disciplined voice and a group of remarkably well-written songs. i enjoy some of her recorded material, but i can say for certain that none of it compares to seeing her in the flesh. a night well spent.

for the coming week, there are a few things that i'm looking forward to. first, i'll be spending a chunk of my day tomorrow exercising my long-dormant protest muscles in front of city hall [with other people, i hope] in order to call attention to the shameful record of the berger blanc since it won the city's contract as its "animal control agency". it's part of an ongoing campaign aimed to get mayor gerald tremblay to revoke the contract and, hopefully, to have charges leveled against those directly and indirectly responsible for the for-profit orgainsation's outright cruelty and dereliction of duty. the protest is scheduled for 1 p.m. tomorrow [saturday april 23rd] and i would encourage anyone in the montreal area to be there.

and since i've gotten the ball rolling this week, i'm looking forward to putting more time into writing. so who knows, maybe i'll have another story completion as a friday favourite next week... nah, i don't want to repeat myself. i'm sort of hoping that i figure out a way to work my bizarre "eye" dream into a piece of fiction, preferably one that doesn't create a feedback loop by giving me nightmares.

on a slightly more fun and irresponsible tip, i'm looking forward to the return of nevermore tomorrow night, a chance for some of us old codgers to edge our walkers onto the dance floor and shaky our frilly, black-clad booty.

well, it's friday evening, which means that my upstairs neighbours are beginning their weekly tryouts for olympic pogo jumping, so i'm off to find my gun or my pills, whichever i come across first. fare thee well, my pretties, have a good one, enjoy yourselves and, as always, thanks for reading. this week's cat is our little lady, julia, looking like the perfect princess she knows she is. 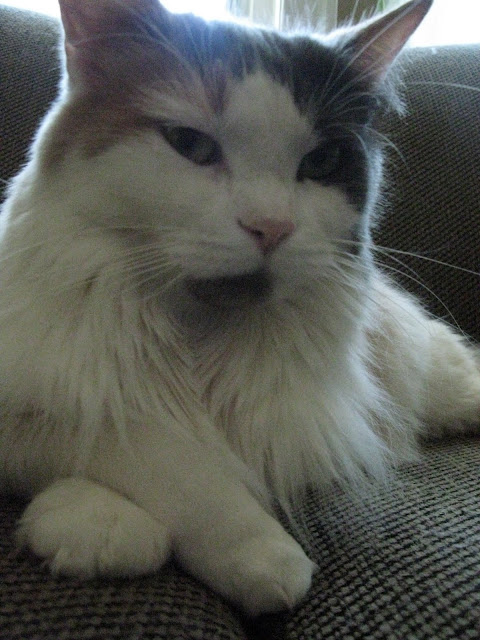