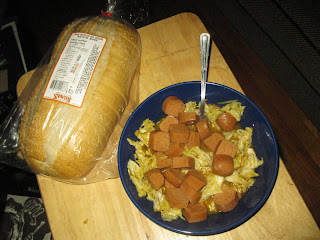 thus far in the competition, i've honoured germany, the hosts of the last world cup (where they made it to the semi-finals before being ousted by eventual champions italy) only with wine. but really, after their performance in the quarter final round this weekend, it seemed like something else was in order. others may tell you that the biggest surprise of the quarter-finals was that the netherlands defeated brazil. not to take away from the oranje's considerable achievement, but everyone seems to forget that, as the top-ranked team, brazil losing to anyone would be an upset and the dutch are ranked fourth overall, making them as good a bet as any to defeat the perennial favourites.

germany playing argentina, however, had all the hallmarks of a potentially fantastic, memorable match- two teams almost evenly matched (6th and 7th ranked respectively), both known for their prodigious offense (the two top scoring teams thus far in the tournament), who finished at the top of their respective groups.

but by a perversity of fate, the game was a one-sided blowout. close from the early first goal until midway through the second period, it suddenly seemed like the wheels came off for argentina. all the wheels, all at once. they ended up on the receiving end of a 4-0 loss (which is kind of like a 10-0 loss in most other sports) courtesy of the germans, who made it look like they were using a supposed equal for a harlem globetrotters-style display game.

i'm always a little dicey about preparing german food, because, unlike many other cultures, their menus tend to read like a vegetarian nightmare. it's very hard to come up with a way to concentrate on fish or vegetable matter when you're dealing with a culture that likes to improve their meat by stuffing it with more meat. so i chose to prepare a dinner of bavarian tofu sausages braised in beer (the fine people at yves really have the spices nailed on this particular variation) with sweet and sour fried cabbage. (along with a tasty german sesame bread to sop up all the yummy juices.)

Some of you might consider what i did cheating. that's fine, you can go do your own world cup challenge and eat all the "real" sausages you want and it won't bother me. but it's worth considering that one of the things germany is known for, along with beer and industrial music (ok, there's maybe something else they're known for but this really shouldn't turn into an unnecessarily long piece), is having a strong, vociferous and active animal rights movement. one of the earliest passionate supporters of animal rights was the dour german philosopher arthur schopenhauer. (come to think of it, the plight of an animal rights supporter in 19th century germany, looking for supper, might help explain his characteristic pessimism.)